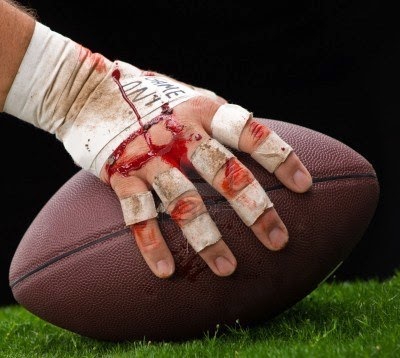 Our nation is up in arms about the New England Patriots' skullduggery in the NFL playoffs. Coach Bill Belichick and Quarterback Tom Brady apparently had their footballs deflated so they were easier to catch, and their low fumble stats in the game re-inforced their reputation as perennial cheaters. Even the Whitehouse has made a statement about it. It's become commonly known as DeflateGate. When asked whether he was a cheater, Brady's denial was it at it's political best. "I don't believe I am." I'm conflicted. I don't like the Seahawks. But if the Patriots win the Superbowl, the win will seem a bit hollow, and their supporters may feel slightly, shall we say, deflated?


Yesterday we looked at Peter's denial of Jesus. We looked at his inability to live up to his promises to be faithful to Jesus even if it meant death. We talked about his inability to handle Jesus' teaching that the Kingdom would come, not through brandishing a sword but through carrying a cross. It wasn't so much that Peter was a coward. It was that he couldn't get a grip on this aspect of Jesus' kingdom. So He started to follow from a distance, and eventually came to disown Jesus completely.

We all have some aspect of Jesus' teaching on the Kingdom that we struggle to get our heads and hands around. Life in the kingdom can be hard to handle so we begin to follow from a distance. It may be Jesus' teaching on forgiveness. As CS Lewis said, "Forgiveness is a lovely idea until you have someone to forgive." Or it might be His teaching on generosity, sexuality, authority, serving the poor or self-denial. Our temptation, in the hard to handle parts of the Kingdom, is to deflate the true size and shape of His teaching so that we can get our hands around it. But in doing so, we become subtle deniers in some way. My struggle with the Bible is not so much in trying to work out the parts I don't understand, as it is trying to obey the parts I do understand. We all have our own Deflategate, don't we? We have all, at some point, denied Jesus.

Jesus' response to Peter's denial is a miracle and a meal. He provides a miracle catch of fish and prepares breakfast on the beach for the Denier and his deserting friends. Just days before Jesus had shown Doubting Thomas his nail-ruined hands as proof that He was the same Jesus who died and had now risen again. Now, those ruined hands build a fire, bake bread and broil fish for Peter and the disciples. After the catch of fish, when Peter recognizes it is Jesus, he dives overboard and bounds towards Jesus like a golden retriever. The same Peter, who had earlier wanted  Jesus to "Go away from me for I am a sinful man," now runs towards Jesus, even though he is brokenhearted over his denial.

We should do the same. We should not deny our denial. But we should run towards Jesus' ruined hands. Those hands can hold us, heal us and restore us. Jesus' hands were ruined in order to rebuild the ruins of our lives. And in rebuilding us, He enables us to to get our fragile hands around the true size and shape of His Kingdom. 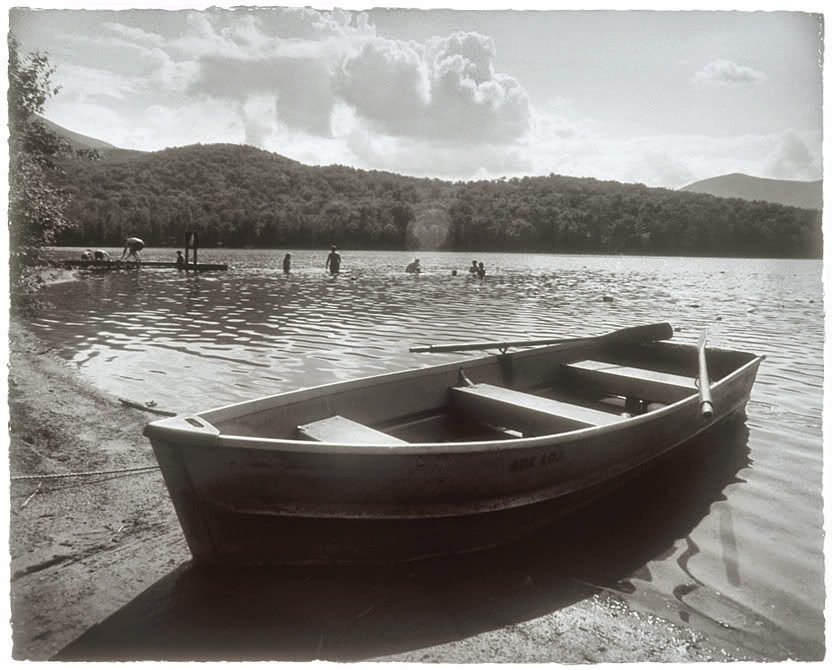 We've started a new series for the new year on the life of Peter, launching with the passage in Luke's Gospel where Jesus asks if He can borrow Peter's boat as a pulpit. After he finishes His sermon, Jesus directs Peter to put out into the deep and let his nets down again for a catch of fish.

At first Peter protests that they've been fishing all night, but relents and reluctantly obeys. "Nevertheless at your word..." It's one thing to allow Jesus to borrow your boat. It's another to allow Him to direct your boat. As Peter obeys Jesus' direction to put out into the deep and let his nets down again, Jesus performs the miracle of a record breaking catch. It was the kind that needed no exaggerated fisherman tales.

The fishing miracle was Jesus' kind provision. But it was ultimately a metaphor for a new mission. "From now on you will catch men. And they left their nets and followed Him."

I have been arrested by Jesus' direction to put out into the deep, that preceded the miracle catch.
It is not only direction for mission. It is also direction for devotion.

Someone said that the most valuable resource in this century will be undivided attention.  We have more devotional resources at our finger tips than ever before, yet all too often they cause distraction rather than devoted, undivided attention to Jesus. I fear that our information overload, our social media frenzy and our frenetic pace of life has left us paddling in the shallows, a mile wide and an inch deep in our devotion to Jesus.

Yet His voice echoes across the shallow waters of our time. Put out into the deep. Jesus is calling us to go deeper in prayer, in meditation upon His Word, and in committed communal worship with His church. He is calling us to carve out rhythms of solitude and sacred gathering in our frantic lives, that we might truly live. These spiritual disciplines are not an attempt to earn God's favor. They are a means of grace by which we access the mercy and help that are undeservedly ours through the Cross.

Devotion precedes mission. Peter had to put out into the deep before he caught fish and we would do well to take note of the order of things as we follow Jesus as fishers of men.

Jesus confirms this order of devotion before mission with another metaphor in John 15. "I am the vine you are the branches. Apart from me you cannot bear fruit. If you abide in me and my words abide in you, you will bear much fruit."

May this year be a year in which we discover depth of devotion to with Jesus, and may this depth produce a mighty catch and much fruit.

If you are looking for a good devotional resource to kick start your devotion this is the one I use. Bible in One Year