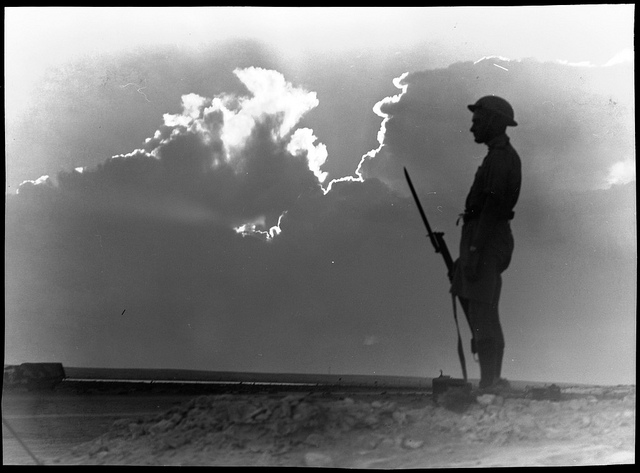 You wouldn't normally associate vigilance with summer, would you? Summer is usually about  slowing down, resting up, and kicking back, which can be a much needed thing in our helter-skelter world. From a military point of view, summer is generally associated with, "At ease!" rather than, "Stand to Attention!" But I want to make an appeal for Christian vigilance within the slower rhythms of summer in order to avoid a spiritual summer slumber fest.

Our leadership team is nearing the end of a week of vigilant prayer through the night. (even though many are coming and going on vacation) We each took turns with a 3-hour shift to pray for the church, much like watchmen would stand guard for 3 hour shifts during Biblical times. Admittedly, not everyone prayed for the whole 3 hours, but every 3 hours someone was praying. It's been a great week of vigilant prayer.  The Lord has been near and He's spoken clearly.

For me, 4 factors motivated this week of vigilant prayer, and while I don't expect everyone to be praying exactly like this, I want to explain why I believe God is calling us all to be especially vigilant this summer.  Being vigilant is not the same as   panic. Nor does it mean that we are on the defensive, expecting an attack. An army on the offensive  needs to be vigilant as they take enemy ground too.  Biblically, being vigilant refers to a state of spiritual wakefulness and watchfulness, particularly as it pertains to prayer, temptation, and mission. (Col 4:2)

So why a vigilant summer?

First, we need to be vigilant because we're sending. We're about to send an intrepid team of 11 adults and 7 children to plant One Light Church in Chiang Rai, Thailand. Church planting is always a kind of stealth mission, as people go with the gospel to set up an outpost of the kingdom in foreign territory. But to go into a region that is largely untouched by the gospel, (94% Buddist, 0.7% Christian) is an against-all-odds spiritual battle. This requires serious spiritual fire cover so we wanted to give ourselves to that. The harvest is ripe, but there will be no harvest in Chiang Rai without a real fight, both by those going and by those sending. Let's be praying for Jesus' provision, protection and courage for the One Light team. And please join us at 133 for their send-off on Wednesday night 20th of July at 6:30pm.

Second, we need to be vigilant because we're birthing. Southlands is about to give birth for the 3rd time in 3 years! What a remarkable gift to be fruitful. However, as with physical child birth, the well-being of both baby and the mom are of vital importance. If the baby thrives(which I believe it will!) but the mother dies, that is a tragedy. Giving birth is a joy, but there is also real pain and real danger involved. You guys, Mom is having another baby! And just like any family needs to be on high alert when mom has a baby, so the Southlands family needs to be on high alert at this vulnerable and joyful time. Here is a helpful article from Ed Stetzer on what-to-expect-when-youre-expecting-church.html. I realize that a summer season can scatter us, but I ask, particularly during a season of birthing, that when we are at home, we show up faithfully as a church to worship, witness, pray and serve. Let's take responsibility both for the health of the baby and the health of the mom.

Third, we need to be vigilant because of our cultural moment. Political uncertainty and ethical instability is causing understandable anxiety in our nation at this time. Irrespective of where we land politically, we need God's wisdom and courage at a time when the Church is facing huge pressure to compromise or panic with the erosion of our religious liberties. A very current example of this is Senate Bill SB1146, a bill that threatens to close Christian Colleges in California. (Article here by our very own Brett McCracken SB1146 tolerant-california-will-not-tolerate-christian-colleges/. ) Let's be praying and voting against this bill. We need the courage to protest without panicking, and to keep on with the job of making disciples. The Church has typically shone brightest in the darkest cultural moments as it has simply got on with the job.

Finally, we're to be freshly vigilant because of our enemy. (Ephesians 6:10) I've had numerous  people come to me highlighting battle/war/army imagery, and I have sat up to take notice. Our enemy the devil is disarmed by the cross, but he still prowls around like a roaring lion seeking to intimidate, deceive and tempt. Lions love to isolate their prey from the herd so that they can pounce. Don't allow your self to be isolated from Christian fellowship. Every one of us is a soldier in God's army, and we are an easy target in isolation. We cannot let our guard down, even during summer. We must remain vigilant, grounded in the Word, fighting with the prophetic, reliant on the Spirit, following our Captain Jesus, and falling into rank in His army, the Church. As the old hymn reminds us, "Onward Christian soldier, marching as to war, with the cross of Jesus, going on before!"

Let's make this a vigilant summer and watch what our God will do.

June Gloom in an Endless Summer 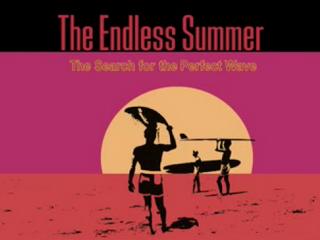 I write this as the temperature blazes its way through 100ºF on its way to a record 108! Although it's summer, this kind of heat-wave is uncommon for June. Californians refer to the normally overcast weather as June Gloom, the month when everybody's ready for summer but the sun is hiding behind the clouds like an out-of-shape swimmer behind his Hawaiian shirt. Well, today in June, the sun is flaunting himself in all his glory, thank you very much. Thank God for the common grace of air conditioner.

As a pastor in my 9th Californian summer, I've come to notice my own kind of June Gloom. I tend to get a bit gloomy in my soul around this time of year,  partly because my kids start their vacation in June and I have to carry on working so I feel like I'm missing out. I love summer when I'm on vacation with them but that's less than 20% of the time. Secondly, it just feels too long. Three months is why they called the movie Endless Summer. I'm told it's still a hang-over from the agricultural era when kids used to help their parents on the farm during harvest-time, but the last time I checked, Californian kids weren't doing any yard work, let alone farm work, so why can't they just halve it and give us more time to rest in December before the year begins?

If I'm honest though, the real reason for my June Gloom is that for three months the church thins out and slows down. I don't begrudge anyone taking vacation. The pace of life is relentless here, and people need to breathe. I'm looking forward to that on our own vacation  greatly. But it is difficult leading a church when, for 3 months, people are more absent than present, gatherings feel more sparse, mission slows down and you feel like you are preaching to a passing parade. To add insult to injury, vacation often takes it's own toll on people spiritually and relationally, so you end up doing a fair bit of crisis pastoring. And then there are those people who get  job transfers that take them out of state. They normally tell you about that in June.

To top it all, we are about to send our 3rd team of planters out in 3 years, this time to plant a church in Thailand! I lead a remarkably generous and faithful church, but right now I find myself wanting to jump up and down and shout, "Hey everyone! We are planting a church into Thailand! It's not business as usual! We are a Battle ship going to war. We need all hands-on-deck! If we live like we are on a summer Cruise-Liner we won't make it!" I know you're probably thinking, "Man this guy needs to lighten up," and that may be, but this this is my reality. Summer can feel like a big, sunny, church momentum-killer.

Yesterday, as I worshipped and preached on how Jesus came to set us free from slavishness, I felt the Father minister to me around my June Gloom. I sensed Him speak to me about my tendency to find my identity in ministry, which means that it is not just church momentum that takes a hit in summer. It is my sense of validation. This turns a challenging, yet very normal rhythm, into my very own June Gloom. If my validation is in ministry momentum, then a lack thereof will turn me into an invalid. As an adopted son of my Father in heaven, my status does not change with less momentum. My validation is secure because Jesus was completely invalidated for me on the cross. When the Son sets me free, I am free indeed, even from slavishness to ministry validation. I've felt a new buoyancy and intimacy with God since then.

Many of us suffer from our own June Gloom in other ways. It may be that summer comes with a slowing down of business. Or perhaps because of financial lack you have to take a long staycation while everyone else travels. Or your lack of relationships causes you to feel isolated while everyone else seems to have so much fun together. Maybe the sense of escalating conflict and tragedy in the world right now has caused a gloominess, or perhaps you don't like the way you look in a swimsuit! All these are valid and real reasons to dread and endure this season rather than enjoy it.  But when we live from our status as adopted sons and daughters, we are freed from a slavishness to the things we strive for, and are given an unsinkable buoyancy amidst the ebbs and flows of work, relationships, ministry and life in general.

Today, I pray for you what I pray for myself; that God, by His Spirit, would remove slavishness and replace it with a spirit of sonship, and that by His Spirit we would cry out to our Father who knows us and loves us more than anyone.

"Melt the clouds of sin and sadness, drive the dark of doubt away, Giver of immortal gladness fill us with the light of day."