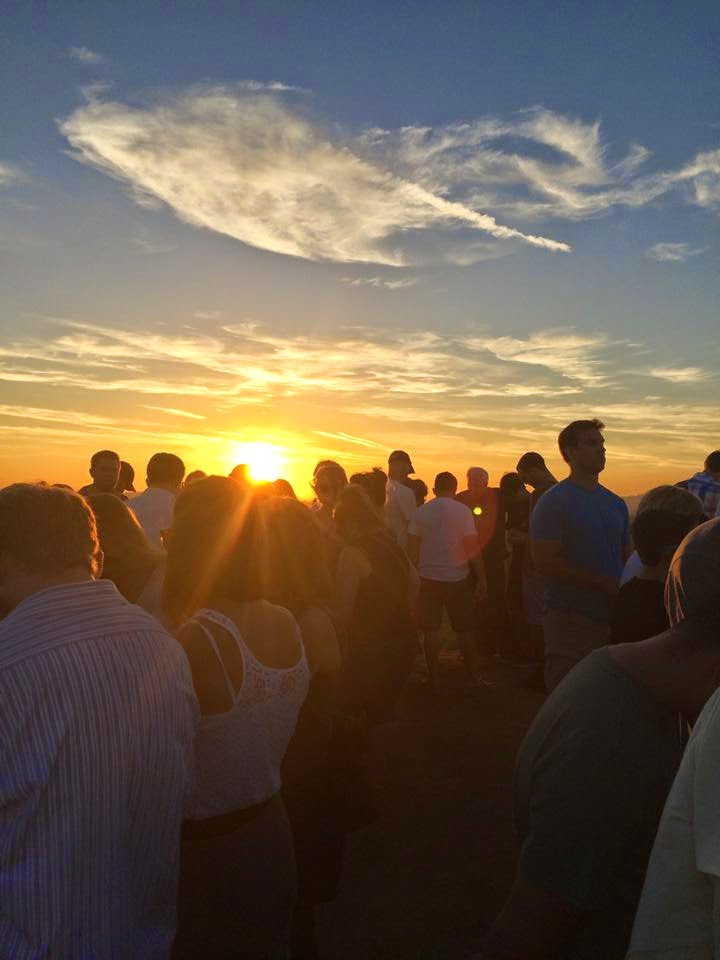 Then the LORD appeared to Solomon at night and said to him, "I have heard your prayer and have chosen this place for Myself as a house of sacrifice. When I shut up the heavens so that there is no rain, or command the locust to devour the land, or send pestilence among my people, if my people who are called by my name humble themselves, and pray and seek my face and turn from their wicked ways, then I will hear from heaven and will forgive their sin and heal their land. 2 Chronicles 7:12-14

In 1990 I was part of a Youth for Christ team sent to preach the Gospel in Kenya. The problem was that South Africans weren't allowed entry into that country at the time because of Apartheid, which had not yet ended. We had written to the Kenyan government for special permission to travel, and had bought our plane tickets in faith that we would receive permission. Three days before departure we had still heard nothing, so we got desperate and began fasting.  I remember our team leader gathering us on the day we were to depart and said, "We still don't have permission, but go home and pack your bags and let's meet at the airport this afternoon." I thought he was crazy but went home and packed anyway. Some time between going home to pack and arriving at the airport our team leader received a facsimile letter signed by Jomo Kenyata, the president of Kenya, giving us special permission to enter his country. It was an 11th hour miracle, and I remember staring at that letter and thinking, "Prayer and fasting really works."

This passage is such a common prayer and fasting one that I have tended to avoid it from fear that it may have been overworked. The last few days though, I haven't been able to get it out of my head and heart. In it, God is speaking to a king, and I want us to be reminded that though prayer and fasting begins with us personally, the God we seek is the God who can turn the hearts of kings.

Let's allow this passage to shape our prayer today.

a.The Bible tells us that through Jesus' finished work on the cross, we ourselves are a temple of the Holy Spirit. In Him you also are being built into a dwelling place for God by the Spirit. Eph 2:20
God has chosen to take up residence in us by His Spirit. He has called us by His name. We cannot earn His presence. He has been given as a gift by Jesus. It is an unconditional promise. As we begin our fast today, spend time thanking God for the Holy Spirit who dwells in us. Ask Him for a clear sense of his presence and leading as you seek God these next few days.

b. However, there is also a conditional promise. "If my people....then I will."Today let's take the posture of this passage. Let's humble ourselves, pray and seek His face, and turn from our wicked ways rather than pointing out everyone else wicked ways.  Lets take some time to repent of our sin. Lets repent of the things that we have come to rely upon more than God, the things that have become our crutch, and lean afresh on God. I especially encourage us to put aside media that interrupts our connection with God. It may be Facebook, Instagram, ps3 or ESPN. Let's put aside our media crutches as we seek God. God's promise is that as we do this, He will hear us, forgive us and heal us.

c. Not only will He heal us, but he promises to heal our land. Take some time to pray for our county, our state and our nation today. Pray that God would heal our land.