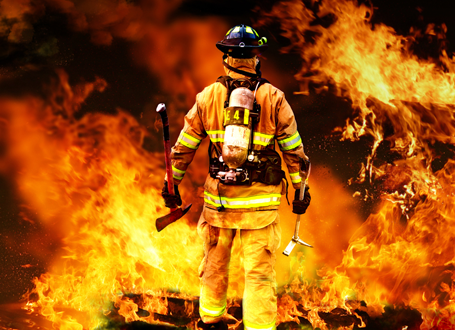 On Saturday there was a dangerous bush fire in our suburb that burned to within a mile of our house. It took a few firetrucks and two helicopters to extinguish it. I am so thankful for firefighters. They are absolute heroes.

Seeing the out of control blaze moving towards our house was a harsh reminder of the destructive power of a fire when it is in an unhealthy context. And yet fire, when it's in a healthy context is one of the most vital, beautiful and helpful gifts known to man.

Rynelle and I have been leaders in 4 different churches over the last 20 years. Although each church has had notable strengths,  I would venture to say that the overriding leadership call for us has been to help lead those churches towards health. Using the fire metaphor, this means that you are often fighting unhealthy fires more than you are lighting healthy fires. There are any number of unhealthy fires that a leader has to fight in an unhealthy church; fires of  gossip, slander, accusation, division, favoritism, mistrust, debt, lawsuits, legalism, immorality, and heresy are just a few. The beauty is that Jesus can quench those fires over time and bring a church through a season like this into a new season of unity, faith, and vision. We have seen Jesus do that so faithfully.


The problem is though,  that often as leaders we struggle to change the way we lead after those unhealthy fires have died down. We struggle to take our firefighter gear off. In fact we can become consumed with running around putting out fires that we never get round to building anything constructive in our churches.  Of course, there will always be some fires to fight, even in healthy churches, but to lead a church from health to strength, requires an intentional change of gear.
It requires that we take our firefighter gear off(we may still need to carry a fire extinguisher with us) and put our Blacksmith apron on, as it were. We are called to light fires more than we fight them. 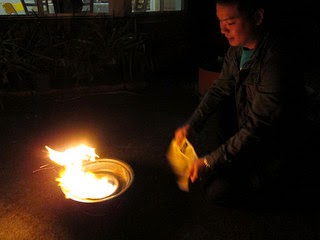 In Paul's second letter to Timothy, he encourages the young leader to guard the good deposit of faith handed down to Him from his grandmother, Lois, but then reminds him to, "Fan into flame the gift of God in you through the laying on of my hands, for God gave us not a spirit of fear, but of power and of love and of self-control." By encouraging this Timothy to fan into flame his gift, Paul is lighting fires of leadership, mission and devotion.  This has become my primary metaphor as a leader. I want to be a fire lighter, as God brings the church we lead from health to strength.


How are you doing with that as a leader, parent or friend? Are you fighting fires more than you are lighting them?

Talking of lighting healthy fires, we recently announced the next step in Southlands' One Church, Multiple Communities journey. We sense that God is leading us to light a fire of mission and community in the city of Whittier in 2016. We are so excited about what God is doing in that city,
and have already begun meeting with pastors in the city to foster honoring relationships with other churches there. We will begin meeting in May to pray and train towards the planting of this community. Please contact me or kevin@southlands.net for more details if you feel led to be a part of it.