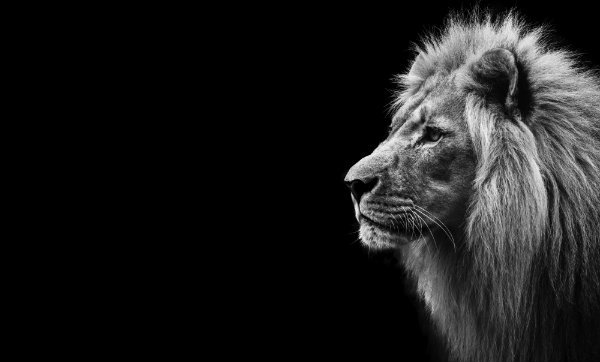 In C.S. Lewis's allegory, The Lion, the Witch and the Wardrobe, Aslan is a Christ-type lion who dies to break the Witch's spell over the land of Narnia. Though the four children in the book are devastated by Aslan's death, Father Christmas comes to tell them of his unexpected resurrection. There is a beautiful passage in the book describing it. "They say Aslan is on the move - some say he has already landed," he said.  "At the name of Aslan each one of the children felt something jump in its inside. Edmund felt a sensation of mysterious horror. Peter felt suddenly brave and adventurous. Susan felt as if some delicious smell or some delightful strain of music had just floated by her. And Lucy got the feeling you have when you wake up in the morning and realize that it is the beginning of the holidays or the beginning of summer."

To me this fast has been a little like hearing news that 'Aslan is on the move.' There have been many undramatic, yet definite rumors of Jesus and His kingdom landing in our midst. I personally have seen some clear answered prayers that I have been praying for a while. I've  heard news of someone becoming a Christian as we broke bread last night, of two young people deciding to be baptized, of numerous strained relationships getting healed, and many people receiving dreams and visions. Most of all, we've feasted on the fulness of his presence as we've gathered to pray and worship.

The kingdom of God is at hand. "Some say He has already landed."

Today, before we break our fast tonight, I would like us to focus our prayer on our mission, impossible with man, yet possible with God. As the kingdom comes, it must extend beyond us to those who do not yet know Jesus.

Firstly, can we pray for the Spirit's power to be personally brave and adventurous on mission at home? Can we own Jesus' words to the man who was delivered of demons in the Decapolis? "Go home and tell your own what God has done for you and how he has had mercy on you?" (Mark 5:19) Lets ask God to help us be good citizens of our cities, to own our daily rhythms of family, work and play for the gospel. Lets ask Him for ways to tell of his mercy naturally in our conversations. Having 6 baptisms on Sunday was a beautiful sign of how Jesus is jin the move to seek and to save what was lost. Let's pray for many more in the next few months.

Secondly, can we pray for the launch of Porterbrook in the next month? Porterbrook has been our primary training forum for a theology and life of mission over the last 5 years. It's been a powerful way of equipping folk to be part of our multiplication journey. Pray for many new signups, and for God to continue to use it to train missionaries to be sent from Southlands.

Thirdly, let's keep praying for our friends planting One Light Church in Chiang Rai, Thailand. Pray for unity within the team and favor  at work and school in building new relationships with locals. Pray for God's protection, patience and presence with them as they go about planting this church for His glory.

Finally, let's be praying for God's clear leading in our next steps of 3 in 3, our church's multiplication vision. As elders, we are coming close to a decision about a potential opportunity to 're-plant' a church in the Inland Empire. We need God's guidance in this  regard and would appreciate the prayer.

Thank you so much for journeying faithfully in fasting and prayer.
Aslan is on the move!
Posted by Alan Frow at 8:10:00 AM