Beyond Racial Gridlock: A Webinar with Dr. George Yancey 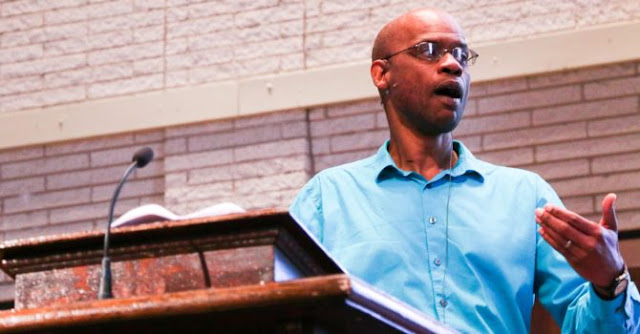 If you feel anything like I do, there is both a sense of grief at our current moment of racial volatility, and also a sense of hope that the Lord is powerfully at work. I do believe He is calling His Church to engage in hard conversations that would enable us to lead as agents of racial reconciliation and transformation in the world. But perhaps the loudest voices are not always the truest voices in our day? Perhaps God is turning up the volume on lesser known, true voices?

While on vacation in July, I read a book by Dr. George Yancey called, Beyond Racial Gridlock, which spoke powerfully to this grief and hope.You can read it here. I was so impressed by Yancey's insights that I sought out a meeting with him in Texas where he lives. My wife and I just happened to be in Denton visiting our oldest son for his 21st birthday, and Yancey has lived in Denton since he became professor of Sociology at the University of North Texas in 1999. He has now moved on to teach at Baylor University, but has remained in Denton because of a love for their community and The Village Church where  he and his wife are committed members. Despite COVID restrictions, I was delighted that Yancey agreed to grab a coffee and have a chat. Here is how he summarized his approach to racial reconciliation.

About a Gospel Approach to Racial Reconciliation

Much of the church has taken one of two approaches to racial issues we face in America. One is to sit on our hands and wait for things to blow over, dismissing or ignoring legitimate concerns being put forth, at times lacking compassion for our fellow man, or providing counter arguments that miss the heart of the matter. The other approach desires action, but with little Gospel foundation, this group pursues the media and "woke" crowd narrative of condemnation and guilt which also misses the mark.

Yancey challenges the church to a third way to approach these issues at hand that is rooted in the gospel. Christ is the ultimate reconciler. The church is His reconciling agent. Dr. Yancey calls the church to embrace its Christ given role in this matter showing the way forward through the tensions of our day that only the gospel can provide.

After hearing him unpack his theory of mutual responsibility as it had worked out in his multiracial marriage, as well as his church, I asked Dr. Yancey to teach a seminar for our church and the churches we work with. He graciously agreed, and I am persuaded that this webinar will be a game changer for our churches and communities at this time.

So, I am pleased to invite you to  join us to hear from George Yancey (PhD, University of Texas) teaching on a Gospel Approach to Racial Reconciliation on Tuesday, September 22nd from 4:15 - 6:30 pm PDT via Zoom. I hope you will join us. You can sign up for the webinar here.

After graduating West Texas State University with a B. S. in Economics, Dr. Yancey attended the University of Texas at Austin and received his doctorate in Sociology in 1995. He first began to study interracial romance but then was fortunate enough to work with Michael Emerson on a half-million dollar grant to study multiracial churches. A few years ago Professor Yancey began to study academic bias and now has also conducted research on anti-Christian attitudes in the United States. That resulted in some of his latest writings. In 1999 he began teaching at the University of North Texas. Then in 2019 he started working for Baylor University with a joint appointment in Sociology and Institute of Religious Studies, focusing on race relations and anti-Christian attitudes in the United States. Concerning racial issues, Dr. Yancey has developed a Christian model for race relations that can take us beyond colorblindness and anti-racism.