Fresh Winds and False Winds : discerning when to go and when to stand. 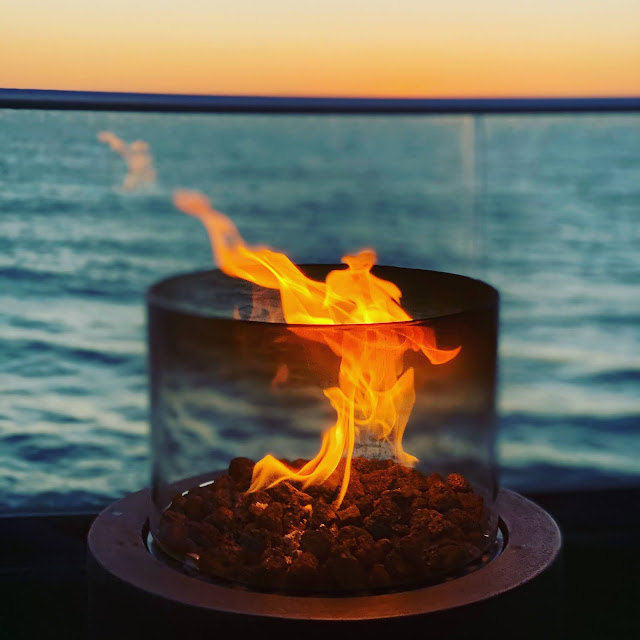 Yesterday was the last Sunday of gathering to worship in the open air. By this coming Sunday we should be meeting under a big tent, which will protect us from the elements and allow us to put up a stage and TV screens.  But yesterday it was blazing hot and blowing a gale and we were exposed to it all; so much so that umbrellas were blown over and people had to stand at each corner of their easy-ups to keep them from blowing away. Meeting outside has definitely brought a new robust grit to our church, for which I'm thankful.

It seemed appropriate, as we commissioned our Southlands Santa Ana launch team, to do it while these hot Santa Ana winds were blowing. In the midst of these forceful winds I thought of the ways in which the wind can be both disruptive and constructive. The same wind that picks up an umbrella and blows it over can also pick up a seed and carry it to fertile soil where it lands and grows into a tree.

Jesus, when explaining to Nicodemus what life would be like for those who followed Him said, "The wind blows wherever it pleases. So it is with those born of the Spirit." (John 3:18)

When God blows with the wind of His Spirit, it is both disruptive and constructive. Among the Santa Ana launch team, people have allowed God to uproot them from one place to be planted in another for the sake of gospel. They have invited the disruption of moving house or changing jobs and saying gospel good-byes to friends they love. They've done this because they realize the disruption will be constructive as the wind carries the seeds of the gospel to grow and bear fruit in a new city.

It's no use resenting the disruption when the wind blows. I mean, this is a crazy time to be planting a church. Most churches are fighting for survival and here we are sending valuable people out to start a new congregation! It's a risk, of course, but we have been praying and planning into this risk for over year now. And we sense the fresh wind of the Spirit blowing. So it seems best just to hoist our sails and  allow the wind to carry us along. If we are to allow God's wind to do constructive things at this time we have to allow it to be disruptive. In Acts 8, the winds of persecution caused a scattering of disciples which caused a spreading of the Word of God. The disruption was constructive.

Of course, we should not be carried along by every wind. Some winds are not constructive at all. They  are destructive false winds. We must brace ourselves against them so that we are not 'tossed to and fro by every wind of doctrine.' (Ephesians 4:14)  There are destructive false gospels blowing across the Church in these days. We must discern them and stand against them. The winds of Progressive Liberalism will likely blow more strongly with the upcoming change of president and government.  We must find grace to honor and pray for our new President, whether we voted for him or not, to bring unity to a divided nation. We can do this while resisting the likely erosion of religious liberty, Biblical sexual ethics and the sanctity of marriage and life in the womb. On the other hand, we must also stand against the winds of Christian Nationalism that seek to co-opt Jesus for their political ends. This is a subtle but violent wind that is carrying many Christians away as they reduce Jesus' kingdom to their vision for the nation.  This article by PJ Smyth on a-newcomers-guide-to-christian-nationalism is helpful. We have to avoid both political extremes as Christ followers.  As C.S. Lewis wrote, "The devil always sends errors into the world in pairs--pairs of opposites...He relies on your extra dislike of one to draw you gradually into the opposite one. But do not let us be fooled. We have to keep our eyes on the goal and go straight through between both errors. We have no other concern than that with either of them." No doubt, we must also keep standing against the winds of Nominalism, with its false doctrine of cheap grace and vision of Jesus as Savior, but not Lord. These winds must not blow us off track. We must stand our ground against them as we 'contend for the faith once for all delivered to the saints.' (Jude 24)

Finally, we must remember that the wind has the power either to extinguish or energize a fire. For many of us, the winds of adversity have almost extinguished the flame of faith and passion for Jesus. But God promises that 'a smoldering wick he will not snuff out until justice is led to victory.'(is 42:6) He is more than able to energize the flickering wick of our souls that once burned brightly with the fresh wind. God is mercifully on the move, reviving His Church when it is at it's most feeble! This is a time to allow the fresh wind of God's Spirit to 'fan into flame the gift of God that is within us through the laying on of hands.' ( 2 Tim 1:6)

As Keith Green sang all those years ago,

Oh Lord, please light the fire, That once burned bright and clear.

Replace the lamp of my first love, That burns with Holy fear

As we begin our 9 week focus on praying for revival by signing up for a micro-revival group, let's pray together that God's fresh wind would help us to fan into flame the smoldering wick of our passion for Jesus that would lead to a blazing fire of revival.

May His wind be a friend to our fire.