California Calling: Reclaiming a Theology of Place for the Golden State 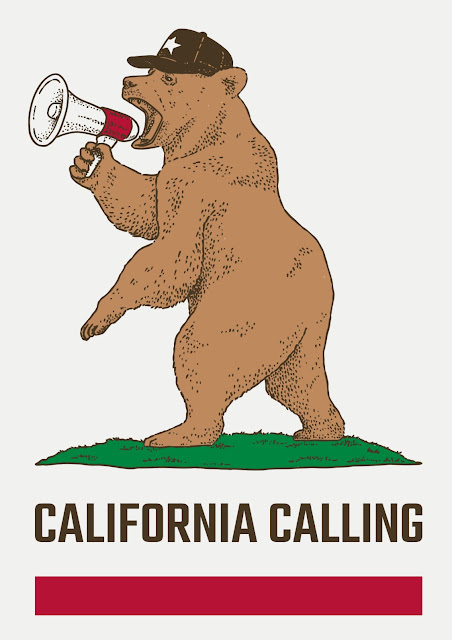 I'm told that U-Haul in California can't keep up with the demand from people hiring their trucks and trailers to pack up and leave for greener pastures. That trend hasn't been helped by two recent and very public departures of two very influential Californian residents; Elon Musk and Joe Rogan. Musk, the South African born  CEO of Tesla and SpaceX, is one of the wealthiest men in the world. He's also one of the most vocal and was never going to leave quietly. In a series of tweets in May 2020, Musk  threatened to move the company's headquarters to Texas or Nevada, where shelter-in-place rules were less restrictive. "Frankly, this is the final straw. Tesla will now move its HQ and future programs to Texas/Nevada immediately," Musk tweeted. A few months later he sold two of his homes in Silicon Valley and announced he was moving to Texas and building a new plant in Austin.

Popular podcaster Joe Rogan of “The Joe Rogan Experience” cited overpopulation, traffic, and “the need for freedom” as the reasons he has been persuaded to move from his current home of Los Angeles to Texas.“I just want to go somewhere in the center of the country, somewhere it’s easier to travel to both places, and somewhere where you have a little bit more freedom,” he explained on his podcast.

That's peculiar when you consider the many positive things California has going for it. Historically, people have flocked to the Golden State for its prosperity, its beauty, its creativity, its diversity and its weather.

So, what are the primary factors people are giving for leaving the Golden State? I'm no expert, but I would suggest at least 5 Big factors.

I've written about this extensively before, but Californians by nature, tend to be less rooted and more transient than other people from other places. John Steinbeck, the California native, called it 'an incurable  virus of restlessness. The urge to be some place else.'  The five factors above have simply made our latent virus of restlessness more contagious and it seems like we are at some kind of tipping point.
It's against this bleak backdrop that we find ourselves fasting through the Book of Joshua as a Church this week. There is a promise from God to his people before they cross the Jordan river into Canaan that, "Every place you set your foot I have given to you. Only, be Strong and Courageous." Of course, there are giants in this land flowing with milk and honey. They have already caused the ten spies' hearts to melt with fear. But God calls Joshua, Caleb, and the people to walk in a different spirit of faith and courage.
There are significant parallels between Canaan and California. A land flowing with milk and honey and with many giants. There is a great need for the Church in California to recover a theology of place if we are to continue to make disciples of Jesus faithfully in the face of increasing hostility to the gospel. Our call is not to conquest, but to cultivation of gospel fruit in this revival-rich soil, even as the giants loom large.
Perhaps our State has lost some of its California Dreaming allure? What is needed then is for the people of God to recover a sense of California Calling. Jesus is still deadly serious about His people fulfilling His Great Commission in this place of promise.
I see California Calling working itself out in a few different ways.
California Calling should be an ethic that operates in an opposite spirit to California pessimism.
Why not amplify the beauty, diversity, prosperity and opportunity that is on offer in the Golden State while being discerning about the reality of spiritual and moral giants in the land? Why not change the narrative by speaking well of the place God has called us?
California Calling ultimately amplifies Jesus as the Golden hope of this Golden State.
There is no God forsaken place on the planet unless God’s people have forsaken it.
Who's with me?