Father's day in an Orphan world. 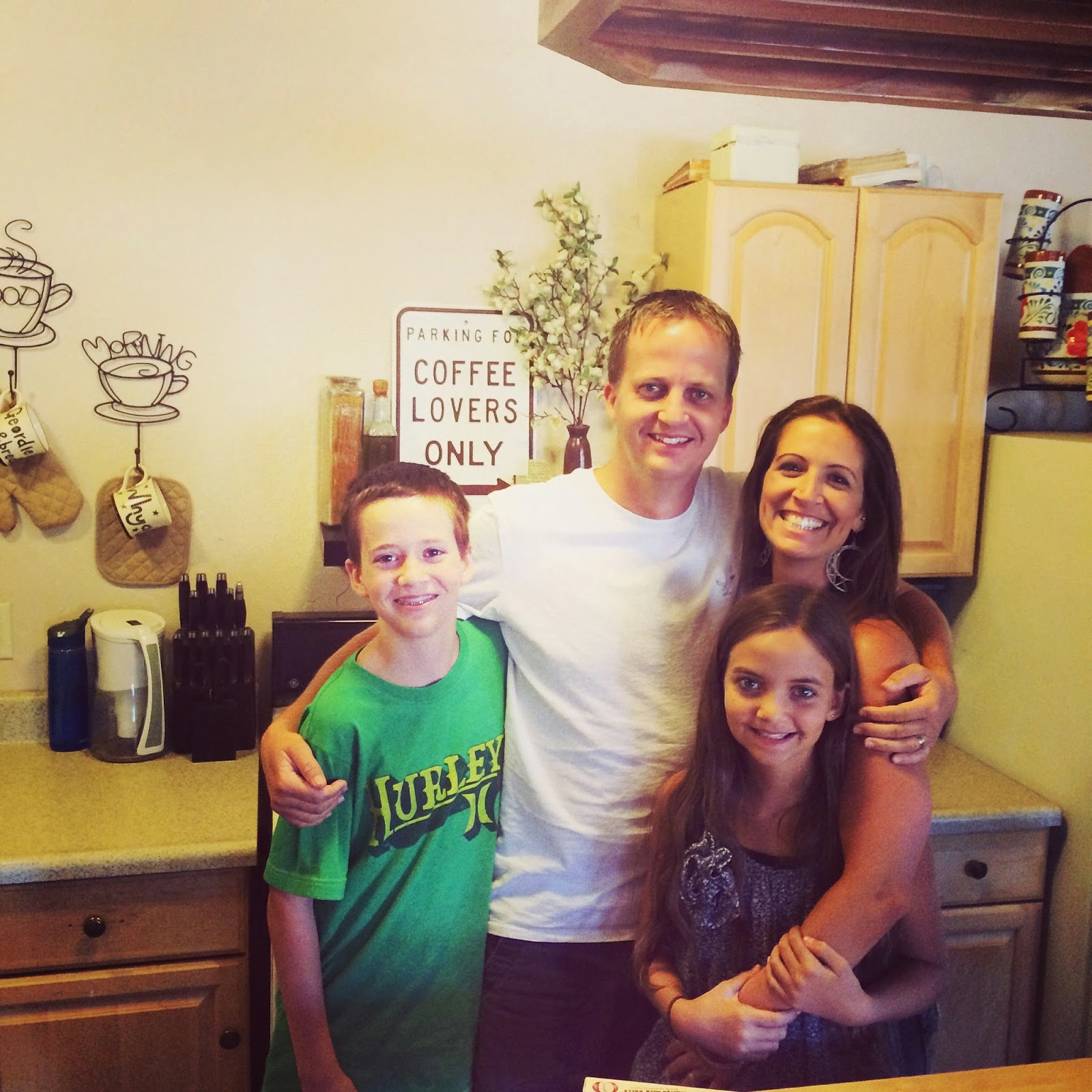 This Father's Day was especially poignant for me.

If I'm honest, it was partly selfish.  My children are more able to express themselves, and their cute little card scribbles are now becoming meaningful messages, which I treasure. I loved playing Play Station with my boys, and going for a run with my daughter on Sunday afternoon. When Fatherhood grows to encompass friendship, it is incredibly gratifying.

Three other moments added to the poignancy.

The first was being led by two men in worship on Sunday morning. One man lost his father to cancer when he was a young teenager. I know that every year, Father's day intensifies the sense of loss and longing for him and his family. And yet he led with a joy and vigor  that were contagious as he sang, "Who makes the orphan a son and daughter? The King of Glory, the King above all Kings."
The other man, the son of a pastor,  suffered through the deep disappointment of his parent's divorce.  He spoke with honor towards his earthly father, but echoed the sentiment of countless millions with the words, "Nobody's father is perfect. I had to find healing from the only perfect Father who is in heaven." The powerful beauty of the Gospel of adoption was so vividly on display in these men.

A Father to the fatherless is God in His holy dwelling. Psalm 68:5

The second was being given a Father's Day card and gift  from a couple in the church with whom we live and work closely. He never met his Dad. She lost hers to cancer three years ago. They thanked me for playing a fatherly role in their lives. I do not assume to be their father in a Darth Vader, "Luke I am your father," sort of manner. We are the same age. Plus, they're a spiritual mother and father in their own right.  But the truth is that God the Father does provide spiritual fathers to his family to fill the gaps left by absent fathers.


The crowning moment took place the day after Father's Day, when a few of us visited Drew and Tammy Davis and their children who are from our church, and who play a leadership role in an orphanage near Tecate, Mexico. The orphans here are mostly adult, and most live with severe physical and mental disabilities stemming from being abandoned or abused by their parents.
Drew and Tammy introduced each person by name with deep affection, dignity and a fair bit of humor. They have known some of the people here for 20 years. They call Drew and Tammy, Mama and Papa, which is not just a term of respect. It is a term of rescue from an orphan world into family.
I think we use this term too easily in the church, but this visit wrecked me.
It translated the concept of adoption from being only a heavenly thing.
Adoption was earthed so vividly for me in that orphanage.

God is not only a Father to the fatherless. God sets the lonely in families. Psalm 68:6

When Jesus said to his disciples, "I will not leave you as orphans," He was making a sacred promise about the coming Holy Spirit, who would baptize the disciples into the love of His Father.
It is this same Spirit who witnesses with our spirits that we are adopted as sons and daughters by the Father.  As J.I Packer said, "To be pardoned by God the judge is great. To be loved by God the Father is greater still. Adoption is the crown jewel of Gospel."

So, who makes the orphan a son and daughter?
Ultimately Jesus, who was forsaken by His Father so that we could be be adopted.
But, if we are willing walk out this glorious Gospel of adoption, the Father will make us
fathers and mothers who provide family to His adopted sons and daughters.
Posted by Alan Frow at 7:41:00 AM