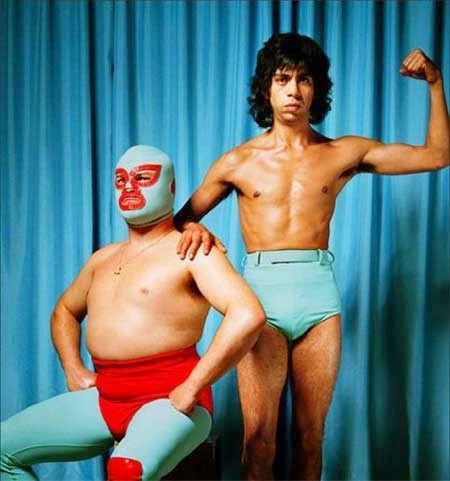 We tend to skip over the little guys at the end of the Old Testament, but there's some incredible gold to be found there. They're called the Minor Prophets, not because they're Minor League, but because their messages are shorter than prophets like Isaiah and Jeremiah. This is their potent beauty. They are generally one message men with an unmistakable burden from God. The Bible calls it their oracle.

Haggai's oracle was for Israel to rebuild the temple. Hosea's oracle was to communicate God's faithfulness to adulterous Israel by marrying a prostitute in the hopes that they would repent and return to God. Habakkuk was a little different. His oracle was less a public message to Israel, and more like reading a prayer journal between him and God. It's conversational, but it's not pleasant conversation. It's a wrestle of faith.

Habakkuk opens the conversation with two complaints to God; "How long, oh Lord?" and "Why do good things happen to bad people?" Which of us have not wrestled these questions before?

The cliff note summary of the wrestle would go something like this. Habakkuk complains that God is taking a long time to bring justice wickedness in Israel and asks God what He's is going to do about it. God responds by saying that He's going to raise up the even more wicked Babylonians to discipline Israel. Habakkuk responds by complaining that this doesn't seem like a really great idea at all. God responds by saying that in time He will judge Babylon too, restore Israel and flood the whole earth with the knowledge of His glory. Habakkuk stops arguing; "The Lord is in His temple let all the earthy be silent,"and begins to pray; "In wrath remember mercy, renew your fame."

Habakkuk is no skeptic. He is a man of faith, a prophet with a burden of complaint from God! Isn't that amazing? God dignifies the wrestle of faith through this man, whose name means 'to wrestle and cling,' by giving Him a burden of complaint about God. But his doubt and lament drive him towards God rather than away from Him. Have you ever considered that God has allowed the Scriptures to contain lament and complaint because He knew that people of faith would wrestle in faith? He is big enough and secure enough to handle it and is able to use it to strengthen us. He doesn't always answer us in the way we would like but He listens and answers none the less, which is magnificent. Part of wrestling is submission to His Sovereign wisdom, but God dignifies our doubt by giving us a healthy model of wrestling in faith in Habakkuk.

This Sunday at Southlands I will continue with Habakkuk: "where faith and pride collide." Join us.
Posted by Alan Frow at 8:46:00 AM