Empty but Full: Some God Stories from our fast 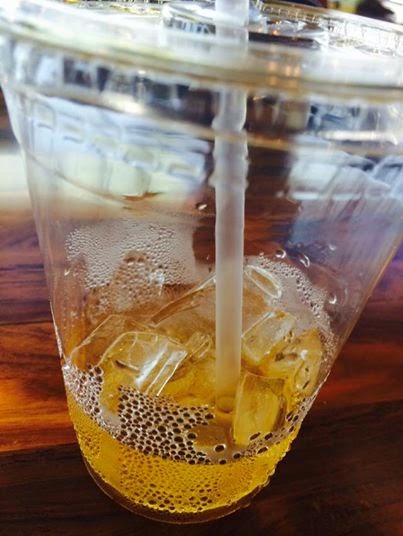 Pounding caffeine headaches are probably my least favorite part of a fast, and I must say, it's good to be drinking coffee again. All of us have our own unique cravings I suppose, and these are amplified during a fast. What makes the feelings of physical emptiness worthwhile though, is a genuine sense of spiritual nourishment.

Blessed are those who hunger and thirst after righteousness for they shall be filled.

I'm so thankful for the faith-filled response from the people of Southlands. What a sense of earnest anticipation there was as we gathered to pray each night and so many answered prayers that I thought, "Let me share just a few of them with you."


A woman who has had two ACL operations on her knees and lives in constant pain sensed God telling her to kneel during worship. When she got up the pain in her knees had completely disappeared.God healed as she knelt to worship Him.

Another lady prayed that during the fast that her son would become a Christian. On the last night of the fast, she went home and he asked her, "Mom, what must I do to be saved?" She explained the Gospel to him, and he responded that he was wanted to entrust his life to Jesus. She led her son to the Lord that night.

A couple who have been working with us into Myanmar (Burma) are returning there next month to train children's ministry workers. They have also been supporting an orphanage there and building relationships with Burmese pastors and had been praying for God to provide for their trip. During the past week they had a friend from outside the church contact them to say that he wanted to give a significant amount of money to their work with Burmese orphans, as well as a ministry contact them to say they would supply them with children's ministry resources in Burmese.

On the final day of the fast the Manager at a local branch of a major chain store asked one of her employees, who happens to be a leader at Southlands as well, "What  social justice cause does your church support?" What ensued was a conversation about our partnership with Love146 and our desire to help eradicate child sex trafficking. The manager responded by committing significant financial support to the cause.

These and other stories of God encountering His people cause the sacrifices of fasting to pale into
insignificance. We are so grateful to our Father for graciously meeting with us. He takes great delight when His people turn from their sin and return to Him in hopeful expectation for His Kingdom to come. Let's maintain the tone and tenor of this Kingdom momentum into our coming series.
On earth as it is in heaven.
Posted by Alan Frow at 5:37:00 PM