Trump and our Evangelical strangeness: an opinion piece. 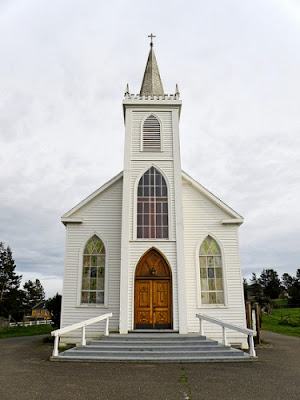 A recent poll in Reuters  showed that Evangelicals who go to church don't like Trump. This statement seems strange to me for two reasons.  It seems strange that any Evangelicals support the billionaire turned presidential candidate hopeful, although it's somewhat of a relief that Evangelicals who actually go to church do not generally like him. While his conviction and clarity may seem Messianic, his power-hungry, playground-bully tactics and blustering ego are more more akin to Herod than Jesus. As Christians, we cannot look to any political leader as our Messiah, but if we are going to vote for someone, surely they should possess something of the essence of our Messiah?

Anyway, what's even more strange to me than Evangelicals supporting Trump is that Reuters actually have a category for Evangelicals who go to church.

As if there were any other category of Evangelical?

But of course, we know there must be another category and it would be  made up of those who identify as Evangelicals who do not go to church. This is indeed strange, but we know it to be true.
We know that there are many Evangelicals who do not go to church. I'm not talking about nominal or sporadic church going. I'm not even talking about less formal expressions of church.  I'm talking about a convicted refusal to gather with the people of God to worship Jesus, hear the preaching of the Scriptures, pray and celebrate the sacraments in any organized way, shape or form. Being Evangelical and refusing to go to church is more strange to me than being Evangelical and liking Trump.

An Evangelical, at its most basic, is a Christian who views the Bible as God's final of authority for all life and doctrine. Just flip through the pages of the New Testament and you will see that a Christ follower who doesn't go to church is simply not a thing. To deny the authority of the Bible on the subject of the Church generally, one must cut out half of the New Testament which was written to and about the church. Perhaps at this stage, with bible-snipping scissors in hand, one should also snip off one's Evangelical label?

I grew up in a moralistic Christian culture. People thought that if they did the right things like going to church then they were Christians. They would check the boxes. "Helped a poor person. check. Read my bible. check. Said my prayers. check.  Went to church. check.  I'm a Christian." To counter this moralism we would say, "Going to church doesn't make you a Christian any more than living in a garage makes you a car." We were trying to help people see that we are saved by God's  grace not by our religious activity. Today we no longer live in a moralistic Christian culture. It's individualistic. The car/garage  metaphor has been turned on its head. It's like people are saying, "Just because I'm a car doesn't mean I have to park it in a garage." Evangelicals  may view going to church today as optional, but not vital. It's no longer simply what we are designed to do. It's now a matter of preference.  To continue the car/garage metaphor I'd respond, "Of course you could be a car and not park in a garage. But then don't be surprised if you find your car getting dirty, faded or even stolen."

Don't be surprised if you find yourself voting for Herod instead of Jesus.

One of the arguments against going to church is, "We don't go to church. We are the Church."
This is quite true. Since the day that we were adopted as sons and daughters into God's worldwide family,  we were made members of that family and remain members every moment of our days.
But if I was a member of a family who refused to gather regularly with that family you would say that I was a very unhealthy family member. Of course, there is plenty of dysfunction in God's family. It's far from perfect. But it's the Father's profound gift to us as His children and as we engage with a healthy church family we discover new depths of the Father's love that were simply unfathomable when we lived in splendid isolation. 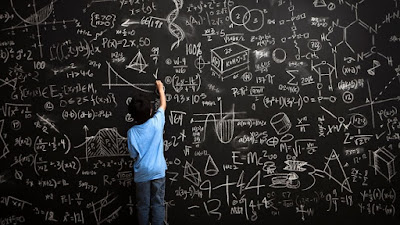 God is in the details.
My first boss would drum this saying into me regularly. I was the kind of salesman who would spend days landing a big deal and then fill out the wrong product code. I would tend to be about the big picture and forget to do my due diligence in the little things much to his frustration.

God is in the details.
I'm so grateful for a leadership team that has a culture of thinking big but acting faithfully in the details.  We've recently been looking at the details of our church's attendance, income, members, life groups, baptisms and leadership development track. This has been with our eye on the big picture of sending out a fresh crop of members and leaders to our next community in Whittier. We're also scouting out Myanmar and Thailand for a church plant in the near future.

While it may be simplistic to say that a church is only heathy if the numbers are growing, they're helpful indicators of the vital signs of health and its ability to reproduce itself. Almost all of our vital signs are growing which is encouraging. Some are growing more like a glacier than an avalanche, while others are growing more rapidly.  But still, being able to track these things is helpful and illuminating.

The Bible is a book full of numbers. There’s even a book in the Bible called Numbers!
I'm intrigued at how much Jesus spoke about numbers in his parables. In his ‘Lost' series of parables, the good shepherd counted his 100 sheep and found 99, and so went looking after the 1. The woman counted and realized there was a lost coin so she cleaned out the whole house searching for it. In the parable of the talents, the good master counted to see how much return his servants had given him on what he had invested in them. In his feeding of the 5000, (they must have counted to know it was  5000, and they counted the 5 loaves and 2 fish) Jesus divided the people in to groups of 50 and 100 in order to feed them. These examples show us that counting is good leadership practice for keeping track of people, of progress, and keeping track of appropriate administration.
God is in the details.

The early church was aware of numbers too. 3000 people were saved and added in one day after Pentecost, and the church followed Jesus model by meeting together in the temple courts, but then breaking up into smaller groups house to house for food and fellowship. A few chapters later, Peter confronts Ananias and Sapphira because they had given less than they said they’d sold their house for. The result was death. God is in the details.

Numbering is necessary for good stewardship. It's just honest. Counting values people more than undervalues them, because it assumes that we will give an account to God for them.  It tracks fruitfulness and informs our multiplication. It also shows us areas of stagnation that need fresh focus.

I recently stumbled over the passage in 1 Chronicles 21 where Satan incites David to take a census of his army, and Joab, his commander in chief,  is loathe to take it. He resists David's idea, replying, "May the Lord add to his people a hundred times many as they are. Are they not all servants of my lord, the king? Why then should my lord require it?" Nevertheless, the kings command prevails. He counts a million and a half soldiers and it is a grievious sin to God. God kills 70 000 people because of it!

What is going on here? What is the difference between good and bad numbering?

I think the message here is that God had given David against all odds victories by faith  in the past and now David was starting to put confidence in his human and natural resources instead of his heavenly resources. God was greatly displeased by this.The difference between numbering as stewardship and numbering as sin is in what, or in Whom  we place our confidence.

I suppose if we are going to number, we should keep Abraham and Sarah in mind. There were just two of them and a barren womb and God says, ‘Look at the stars in the sky and the sand in the sea shore – this is how numerous I will make your descendants. ' We need to look up at the heavens and out at the ocean in their vastness. This means that if we are lacking in numbers, we can still think big. God is an against-all-odds God! Ultimately, if we are counting we're counting on  the God of heaven, with His inexhaustible  resources. We are counting on the God who makes barren wombs fruitful, and fells mighty giants like great redwoods with one smooth stone.

Let's be in the details, by all means. But if we're counting, let's be counting on the Lord.