Our Longing for a Thin place.

I’m not sure if you’ve ever heard of the term Thin Place? It sounds to me like a health club serving kale smoothies or a beach where skinny people hangout, but it’s not. The Celtic Christians had an ancient saying that, “Heaven and earth are only three feet apart but in thin places they are even closer together.” They spoke of remote, wind swept regions like the Isle of Iona as Thin Places. They were sacred spaces where the presence of God seemed nearer and they felt like they had come home. Have you ever been in a place like that? You might feel like Yosemite or the Santiago Trails or the Himalayas are thin places.  Perhaps it's somewhere closer to home like the Fullerton Trails or San Onofre Beach. For some mysterious reason the veil between heaven and earth seems more flimsy in these places. Until other tourists discover what we've discovered, that is, and then we have to find a new thin place. Perhaps at the heart of our wanderlust is our yearning for a thin place. 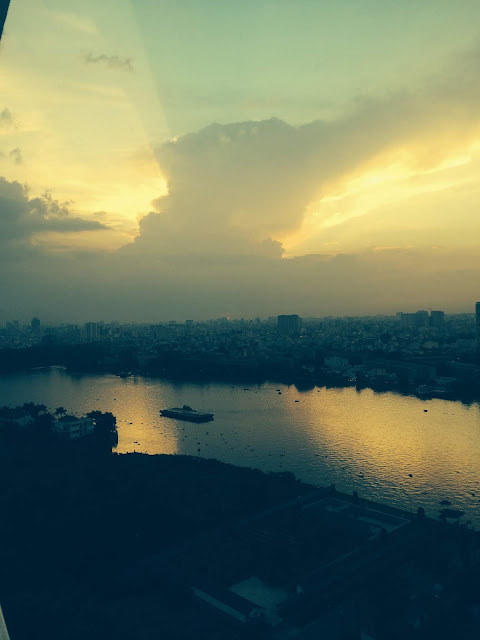 More than a place per se, we are hard wired with longing for the presence of God, which makes us restless creatures. It is not enough for us that God is generally present in the world. We want God to show up in His special presence. Augustine, the 1st Century Church father prayed, "Almighty God, you have made us for yourself and our hearts are restless until they find their rest in You." The presence of God is our greatest need. It is the need beneath our felt needs. More than a better job, a bigger house, a healthier marriage or a fitter body, we need the presence of God. We yearn to walk with God in the cool of the day like our first parents did in Eden.

The problem about our yearning is that our first parents were banished from the presence of God after the fall. 'He drove out the man, and at the East of the Garden of Eden he placed the cherubim and a flaming sword that turned every way to guard the way to the tree of life.” (Gen 3:24) As sons and daughters of Adam and Eve we find ourselves East of Eden, exiled from the presence of God, restlessly trying to find our way back home. John Steinbeck who wrote the book East of Eden, often explored this theme of exile."As humans we have an incurable virus of restlessness, the urge to be Some Place Else."

This is why I love the building of the Tabernacle in the book of Exodus. The word tabernacle means dwelling place. God had redeemed and rescued His people out of Egypt. He'd given them his Law at Mount Sinai. But now He was coming to dwell with them in a ram skin tent. "Let them make me a tabernacle that I may dwell in their midst."(25:8) The God of Passover blood, Red Sea rescue and Mt. Sinai fire came to dwell with His people in the tent of meeting.

The Tabernacle became Israel's thin place. After it was set up a cloud rested upon it that was visible to all of Israel.  At night the cloud had a fire within it. Whenever the fiery cloud moved on, Israel would break camp and follow it. Their thin place was not in one place.  God's presence dwelt with them and they moved wherever it led them.

When Jesus came to earth, John's gospel proclaims, "The Word became flesh  and tabernacled among us." (Jn 1:1) God took up a tent, not of ram skin and purple yarn, but of flesh and blood, of bone and beard. He came to dwell among us, sharing in our weakness, temptations, limitations and grief. His body torn on the cross tore the curtain between the holy place and the holy of holies, so that everyone might come in to the presence of God. Jesus is our new sacrifice, our priest and our tabernacle, making the old ways obsolete.

Because of Jesus, we will never again be exiled from the presence of God. But we will be sent with the presence of God. J.T. English said that the mission of God is the presence of God in all of creation. God wants his people to make thin places whenever they gather and wherever they go; places where the veil between heaven and earth is flimsy. Can Southlands be such a place and such a people? God is Re-Edening his world with his presence through us. "Go into all the world and make disciples of all nations...and surely I will be with you to the very end of the age."

If you missed Sunday's message on the Tabernacle you can click below to view it.
"Where can I find the presence of God?"