Planting Tumbleweed: Becoming a Multiplying Church in a Transient Culture 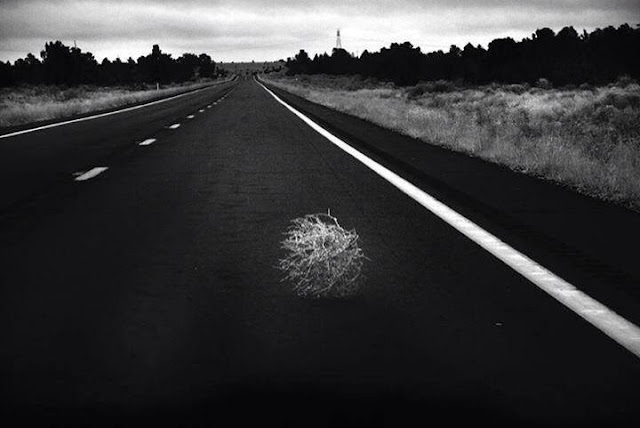 I was 18 when I first came to California. It was 1990. Mullets, bomber jackets, parachute pants and MC Hammer were in. I was part of a touring party of musicians and actors who performed around the theme of racial  reconciliation. It was the year Nelson Mandela was released from prison. South Africa was trying hard to shed its Apartheid past and we felt that we had a story to tell the world. We performed in schools and colleges and churches in five states around the USA. One of those states was California.
On a day off between tour dates our hosts took us to Muir Woods outside San Francisco to walk amongst the giant Redwoods. I’m not sure whether it was the majesty of the trees or the Michael W. Smith song, “Place in this World,” playing on my new Sony Walkman, but God met me on that day in those Redwoods. I came back to our bus convinced He had called me to live and preach the gospel in California. I had no clue what that meant at the time. We hadn’t stayed in San Francisco or visited LA yet. In fact, the only place we’d stayed was Fresno, of all places. We hadn’t done the tourist thing in Hollywood, Disney, Napa or Malibu. But I was so convinced by the call that when I returned from our five-state tour I told my new girlfriend that if we got married she’d have to get her passport in order, because we were going to live in California one day. It’s hard to explain, but in strange ways my call felt as much to California as it did to the USA.
It was 17 years and many visits later before my family and I moved in to 542 North Hale Avenue, in Fullerton, California on December 30th, 2007. God was faithful to His call. Thankfully, my girlfriend back then did get her passport and has been my wife of 25 years. We honestly love California’s beauty, diversity, climate and influence in the world. We feel privileged to live here.
But nothing could have prepared us for what I call Californian transience. At best, it expresses itself in a refusal to settle for status quo. It is always exploring new ideas, new trends, new tastes, new sounds, new sights and new technology. It is relentless in its quest for innovation. At worst, California transience resists commitment, idolizes individual freedom and is notoriously flaky at keeping promises. It simply refuses to be pinned down.
John Steinbeck, a California native who grew up in Salinas, described Californian transience this way: “When I was very young and the urge to be someplace else was on me, I was assured by mature people that maturity would cure this itch… Nothing has worked… When the virus of restlessness begins to take possession of a wayward man, and the road away from here seems broad and sweet, the victim must first find in himself a good and sufficient reason for going.”
I have found no description of California transience more poignant than Steinbeck’s. The urge to be someplace else. An incurable virus of restlessness. Of course, the urge to be someplace else is amplified by astronomical housing prices, questionable taxes and crazy traffic. While many love the liberal morality, others are deeply troubled by what it means to raise children in a culture where the pursuit of uninhibited autonomy is idolized only after the pursuit of celebrity. Even with all its beauty, prosperity and warm weather, Californians often resent living in California. They often feel drawn to cheaper, quieter, more traditional places, where the moral fabric has not yet unraveled. Add to these factors a divorce rate that is close to 70 percent and you have a culture that appears to be coming apart at the seams.
Californian transience makes building community an extremely taxing pursuit. Honestly, leading a church in California can be like planting tumbleweed. The moment you think someone is putting roots down, they just roll on down the road to a new job, a new town, a new church or just a new adventure. The temptation can be to cling feverishly to every single person who is rooted and committed because they’re such a rare breed. Sending your best can feel like you’re intentionally trying to kill your church! It’s hard enough to build a connected community, so why would anyone want to break it up through multiplication? I suppose it is because Jesus is building His church, and His building ways are not ours. But there are times when I still have my doubts.

One of the ways I see transience at work in multiplication is when people decide to leave at the same time as a church is sending. It never fails to surprise me that as you send a team out, gearing up to fill the gaps they leave, folk who felt left behind come and tell you that they also feel like God is moving them on to another church. It seems to happen every single time. At the same time as some are sent, others just went!  On one level, I can empathize. It’s unsettling having to say goodbye to your friends and some of your favorite leaders. But the truth is, when people just up and leave after others are sent, it impedes the health and momentum of the sending church. It’s clumsy and painful, like death by a thousand paper cuts. And it seems completely normal in a state where Christians change churches on average once every three years.

Thankfully though, the California spirit is not simply about restlessness for the next new place. It’s also about restlessness for the next new thing, which can be channeled towards multiplication, with some wisdom. Californians are pioneers by design, hard-wired to cross frontiers through innovation. Whether it be Walt Disney, Aimee Semple McPherson, Steve Jobs or Elon Musk, California has produced incredible innovators and entrepreneurs who defied the status quo with their vision of a new world. For them and countless others, change is a constant and progress a relentless pursuit. This is a magnificent cultural trait. Some would say I live in the most innovative and influential place in the world.
This frontier spirit can be a remarkable benefit for a multiplying church. Some of our members have been part of three different church plants on two continents. Each time they have served the church and the city where they were planted with humility and sacrifice. They have found ways to earn a living through starting new businesses. They’ve paid their own way to be part of these new communities. They’ve lived in different homes, learned new languages and eaten strange foods. They’ve learned new social customs in order to befriend new neighbors. They’ve transferred ministry skills to new cultures. I think this is what it means to come to grips with the California spirit and harness it for the gospel’s sake. Chances are, people from more conservative states would not be as willing to innovate and embark on new adventures in the same way. It’s why I love where I live and lead.

You may live and lead in California like me. Or you may not live here, but you may be lamenting your own tumbleweed culture. Whatever the case, I urge you to keep fighting for a covenant community with sacred rhythms and deep roots. I also plead with you to allow the tumbleweed to keep rolling on down the road at times, to be planted in another city or town for God’s glory.
What is impossible with man is possible with God.

(Excerpt from "Broken for Blessing: the underrated potential of the medium-sized multiplying church")
Posted by Alan Frow at 7:27:00 PM No comments: