Running with Perseverance towards the Turbulence: why we're still training leaders and planting churches 20 years on. 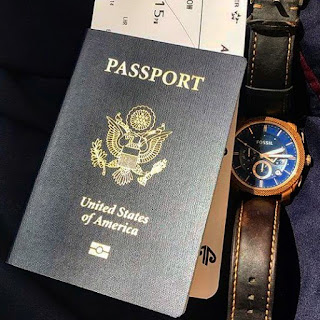 The first time Rynelle and I visited Southlands it was 1999. We were in our mid-twenties and our first-born son Asher, was just ten days old. Some people told us we were crazy to take him when he was that young, but in retrospect, we're glad we didn’t listen to them! The rookie parents and their son survived the trip. Asher loves the fact that his first visit from the hospital was to go and get his passport photo taken. The nations are in his heart and travel is in his blood. One day, a few years later when he was old enough to speak, he was buckled up in his car seat and I drove over a big speed bump. "Dad, we got turbulence!" was the seasoned little globe-trotters response from the back of the car. That trip set us on a trajectory to the nations that we will never regret.


But I digress. That first trip to Southlands in 1999 was for a Leaders Training Conference that emphasized the importance of churches planting churches. The atmosphere was intoxicating. Passionate worship, uncompromising preaching and a resolute call for churches to make healthy disciples by planting healthy churches. What we may have lacked in wisdom, we made up for in faith and sacrifice.  There was much good about those days.

But much has changed since '99. Our world has become more connected, less communal and more volatile. Western culture has become more fascinated with the spiritual yet more hostile to the gospel. The Western Church has become comfortable and nominal, in stark contrast to our culture's radical commitment to seek political and social change. We still have turbulence, Dad! I wonder whether we will run towards it or away from it?

Southlands has changed too. We moved from Diamond Bar to Brea in 2009. There was a leadership transition in 2010. We now gather in four cities and are part of a different church planting network. We've worked hard to preach the timeless gospel in timely ways to our changing culture.  We've not only wanted to win away games by planting churches in other cities and nations. We've also wanted to win home games by building healthy communities on mission that aim to make radical disciples of Jesus in Southern California. We've not arrived by any means. We feel completely inept at times, yet humbly grateful for every inch of ground that the Lord has given us. We feel thankful for the heroes who have gone before us, but we're trying to discern the times and respond to what the Spirit is saying in our day.

But the essence of those heady days of '99 remains the same. We are still passionate about making disciples of Jesus in  the nations of the world, amidst the turbulence. We still believe the Lord has called us, in the midst of 'the nations that rage,' to 'ask of me and I will give you the nations as your inheritance." (Psalm 2) We  remain committed to training leaders and planting churches for the sake of the Great Commission. Perhaps we're looking for a more sustainable pace and approach, but we never want wisdom to equal playing it safe. And so, we are hosting another leadership conference almost 20 years later. The theme is, "Leaders that Last." I don't think it's coincidence that I find myself speaking on Building a Culture of Lasting Multiplication. I'm believing that what happens will help many to press on with faithful endurance. I'm also trusting that it so captivates other young leaders like myself back in '99, that it shapes the trajectory of their next 20 years.

It was amazing to kick things off  this past Sunday with my friend Tom Tapping speaking, who by the way, was in that conference back in '99! Tom and Una have been married 40 years, have two children who are both leading churches and have planted 3 churches on three continents. They epitomize the phrase, 'leaders that last!' I'd also love it if you would  consider joining the other 230 leaders who have flown in from around the nation and beyond next week from 24th-26th October. The Thursday night is free and open to all.

Southlands, it's time to run towards the turbulence.