Ordinary Churches can do Extraordinary Things 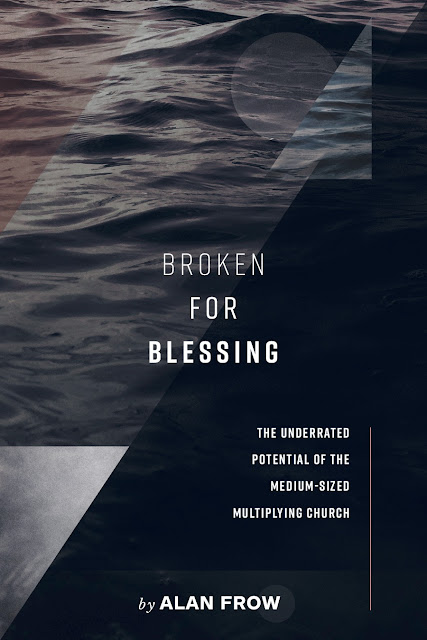 While Broken for Blessing is in the final stages of layout and editing before official release this summer, I thought it may be helpful to drip feed a few chapter excerpts to give a sense of the themes and direction of the book. It will be published by Advance Publishers and will be available for purchase on Amazon and Kindle by the end of July.

In some ways, Southlands is just an ordinary church. Planted in the late 1960s in Southern California, her roots sprang up from the fertile soil of the Jesus People Movement. Thousands of young people, many of them hippies, were being saved and baptized down at Pirate’s Cove in Newport Beach through the ministry of Chuck Smith and Lonny Frisbee. They strummed guitars around camp fires with bare feet and long hair. They were captivated by the love of Jesus and their love spread like a beautiful epidemic. But theirs was a restless faith. They longed for a less buttoned up expression of church. Some of them became preachers and started churches up and down the West Coast in search of a more relaxed faith. Southlands began as one of those California Jesus People churches.

Like many of those churches, Southlands has had a few different names and gathered in a few different places. She’s had four lead pastors over five decades. She’s also navigated her seasons, much like any other church. There’ve been springs of expansion and renewal. She’s limped through falls of decline, schism and the deaths of key leaders. Sometimes she’s endured winters of pruning and consolidation, where the only fruit on her tree seemed to be tenacity. At other times she’s thrived in summers of favor and refreshing, basking in the warmth of God’s presence. Jesus has been faithful to this church in all her seasons, much like any other church.

Southlands has been a medium-sized church for most of her 50 years. Nobody boasts about owning a mid-sized Sedan, do they? Medium sounds well, ordinary. When it comes to church these days, it seems you either go for broke and build a mega-church, or you deconstruct and go small, meeting in your home. I’m not trying to assess the merits and demerits of church size, but rather to say, Southlands is neither really large or small. I suppose, if we counted our congregations together and the pastors bribed their kids with donuts to stay for the second service to swell the count, we’d just about qualify as a large church. I’m not against large at all, but being large has never really been our main aim. We’re a church made up of small to medium sized congregations. I suppose that’s also quite ordinary.

In other ways though, Southlands is no ordinary church. The fingerprint of God has marked her in extraordinary ways, not the least of which is the mark of multiplication. This book tells the story of that peculiar mark. While Southlands was still a medium-sized church she started multiplying through planting churches, and by God’s grace, she hasn’t stopped since. As far as I can tell, the call for Southlands to be a multiplying church began in the late 80s, when church growth by addition was all the rage. Multiplication was simply not in the vocabulary of the average small or medium-sized church leader back then. Some day if you got big you might consider it, but certainly not before.

Against this backdrop, Jesse Mason, the lead pastor of the church at the time, had a vivid vision during a time of prayer of a map of the Southland with multiple points of light spreading from one point. The Southland is the colloquial term for Southern California, a region comprising 10 counties with a total population of just under 23 million people.  Jesse sensed God say to him, “I will multiply points of light from this church across the Southland.” Jesse had very little strategy to support his vision, but he was a man of great faith and so he held fast to it. In 1992 Jesse met Dudley Daniel, the founder of a church planting movement  that began in South Africa. After numerous visits to the church, Dudley introduced Jesse to Chris Wienand, an influential South African church planter who later moved with his family to Los Angeles for what would become a church handover in 1996. So convinced was Chris of the vision God had given to Jesse, that he re-named the church Southlands and began to prepare her for her new normal.

Chris had a few compelling mantras, one of which was, “God is more interested in our sending capacity than our seating capacity.” It was more than just a mantra. To demonstrate his vision, he converted the church sanctuary into a basketball gym, removing all the pews and stained-glass windows. He wanted a set-up-tear-down-church-on-the-move that would train folk to be ready to go into school halls and cafeterias and community centers to plant new churches. And they did. Under Chris’s watch, Southlands began training leaders and planting churches. Extraordinarily, in 14 years the church multiplied 12 times. Chris had an unusual grace to train leaders and send them out. I once heard him say, “I see this church as a greenhouse of plants to be sent out. I want to empty the greenhouse every five years.” He didn’t quite empty out the greenhouse, but he came pretty close. The church probably got smaller under his watch, but it grew through multiplication. Southlands certainly did multiply points of light in the Southland, but teams were also sent to plant churches in Northern California, Texas, North Carolina, Washington State, and Brazil. Leaders were sent to transition and pastor two churches in Australia, too.

It’s remarkable what God did through a church that never grew large. Chris would often speak of the Moravians,  who decided that they would never grow above 500 adults but would rather keep sending missionaries to preach the gospel all over the world, some even selling themselves into slavery to reach slave colonies. While the repeated sending took its toll on the church in many ways, the call to uncomfortable going left an indelible mark on the soul of Southlands. That mark endures to this day. I was grateful to catch the last three years of that season as my wife and I came to join the leadership team in 2007.

When I was asked to lead the team of elders in 2010, I made it clear that I didn’t have quite the same multiplying grace as Chris had. I wasn’t sure I wanted a greenhouse, and if I did, I certainly didn’t want it to be emptied every five years! The church I inherited was in serious financial debt and had shrunk to less than 400 adults. Our leadership team was faithful but depleted. We had recently moved to a beautiful facility in a new city and we wanted to know how to make disciples of Jesus in our own zip code. Perhaps this sporting analogy will explain my philosophy as a new leader. Our church was like a team that had won many away games but was not winning many home games. I wanted to start winning home games. So, we pushed pause on multiplication for three years as we gave ourselves to winning at home. By God’s kindness we grew and began to find pastoral and financial health. We started seeing people come to Christ. We started serving our new city.

Still, the nagging call to multiplication remained. Of course, we’d have to find a new way and a new pace. But God coaxed us with kindness back to our calling, and Southlands has multiplied four times in the past five years with three new multi-site communities in three counties, as well as a church plant in Thailand. All told, that’s 16 plants in 21 years, which again, is fairly unusual.

I’m so wary of the numbers game. Behind numbers are people whose lives were completely disrupted because they responded to the vision to multiply. Not all of those churches have survived and that has brought heartache and soul searching. Many have flourished, however, and that has brought great joy. Others have held steady, navigating through massive opposition with guts and grace. All have persevered against great odds. They’re all heroes to me. I only use numbers to illustrate the point that this book is not mere theory. I don’t consider myself an expert at multiplication. But I suppose I’m not a rookie either. The four church contexts in which my wife and I have led the last 23 years have all been multiplying churches. Churches planting churches is all we’ve really ever known. So, let’s just say it’s in our blood.

Why write a book about church planting when there are so many good ones already out there? Ed Stetzer, President of Lifeway Research, estimated that only 5 percent of multiplying churches in the West are under 1,000 people in attendance.  For obvious reasons, the vision to be a multiplying church is generally a large church phenomenon, because it’s such a resource-rich vision. I’m so thankful for large churches that multiply. I was part of the leadership team of a large church that regularly invested in multiplication. I now lead what would qualify as a large church and I believe that this book will carry helpful lessons for them too.

Our fixation with large though, means that churches that are small and medium generally have a vision for addition rather than multiplication, because if we’re honest, multiplication feels too much like subtraction. In the West especially, where the megachurch looms large, it’s easy for small or medium sized churches to think, "Maybe one day when I grow up and have lots of resources I'll think of multiplying, but for now I must grow by addition." That's why churches in the 5th percentile—those that are not large but that still have a multiplying vision—are un-common, like unicorns. But for multiple reasons, I don't think they should be. In fact, despite the resource challenges, I believe medium-sized churches are better suited to multiplying than large or small churches.

First, because they are more in touch with the realities of small churches than large churches. They haven’t forgotten the all hands-on-deck reality that planting requires. They don’t expect everything to be laid on for them. Second, because they have slightly bigger resource margins than small churches and are less likely to die through multiplying. When medium-sized churches multiply, the whole church feels the pain of sending, but not normally in a way that kills it. And that’s healthy.

Essentially, I'm calling for these unicorns to become more ordinary. I am hoping this book catalyzes a movement of medium-sized multiplying churches, even as it encourages small and large churches in their own multiplication efforts. Don’t wait until you’re large before you start multiplying. Families don’t have to be large before they multiply. They just need to be healthy. So, wait until you’re healthy and get going by God’s grace. It’s how Jesus designed His church to grow and it’s how He intended His Great Commission to be fulfilled.

There is no ordinary church in Jesus’ eyes. He wants to do extraordinary things with us all as we place what He has given us back in his hands to be broken and multiplied for His glory.