Yesterday, Ross Douthat declared the 2010's to be the decade of disillusionment in his insightful New York Times op-ed. As he reflected on the closing decade he wondered why we were left with a general sense of things falling apart when in actual fact, it was a relatively stable time in comparison to the 90's and the 2000s in the USA. "Nothing much happened in America in the 2010s. The unemployment rate declined, the stock market grew, people's economic situation gradually improved. There were no terrorist attacks on the scale of 9/11, no new land wars to rival Iraq or Vietnam. Violent crime and illegal immigration trended downward, teenage delinquency diminished, teen birthrates fell and the out-of-wedlock birthrate stabilized....and yet there is a feeling of crisis,  paranoia, mistrust and hysteria, that has pervaded our public life throughout the 2010s."

No doubt, Douthat is being provocative. He knows that there've been other significant cultural and  political factors that have fed our sense of foreboding, but still, his point lands with me. Our levels of paranoia do not match our levels of instability. We are a disillusioned people, fixated and outraged with what is wrong with our world, often blinded to the grace around us.

I see this in myself. Last week I was talking with a wise friend about my year. I was doing a sort of win/loss audit of 2019 with him, but the weight of my focus was on the losses, which tended to color my mood. Without negating the losses, he firmly suggested, "You should write a blog about your wins though. Learn from the losses. Even lament them. But don't allow them to define you. God has done some significant things in your  life this past year."

So here we go. Ten Grateful Reflections on 2019 to counter the decade of disillusionment.

1. Rynelle and I celebrated our 25th wedding anniversary. We celebrated the milestone in Europe visiting some of the most breathtaking cities. Our Enneagram fourness was deeply satisfied! We never thought we'd enjoy sitting in cathedrals, but we did - almost as much as we enjoyed people watching while sipping espresso and eating cannolis from pavement cafes. It was a romantic and spiritually moving trip. Despite moments of scratchiness, I think our marriage has matured like a good cabernet. I am so grateful to God for my wife and our marriage. 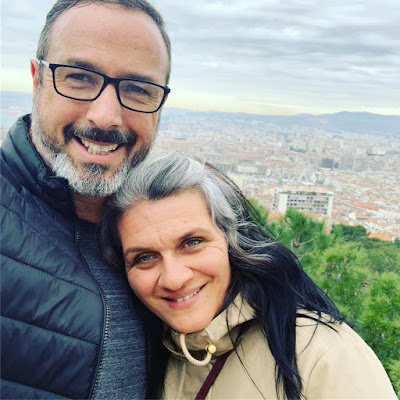 2. Even as I write this, I do it with the parental fear that I could jinx them, but our kids have all had a really good year. We've seen them grow in their love for Jesus and His Church. This is a rare phenomenon among pastor's kids and it's not a win that we take much credit for.  There have been years when we felt like our best efforts fell short. But by God's grace, we're a happy family that feels more and more like a ministry team. There's clearly no secret code to parenting, but if there were one, we'd say it was to live the same life before your kids that you live before your church, and say sorry when you don't. It's also to surround your kids with legitimate older siblings in the family of God that they can imitate. Our kids have had those-a-plenty at Southlands and for that we are so grateful.  I think our culture's definition of raising well-balanced kids is terribly skewed towards sports and academics and away from their spiritual development. That said, our children have done well academically, athletically and socially despite being an active part of serving in their church.  To say we're proud of them seems inappropriate. Delighted is more like it.

3. Asher got a full-ride scholarship to play Division 1 football at the University of North Texas. Who would have thought that a South African boy who only knew about rugby 12 years ago would get to play in 60 000 seat stadiums televised by ESPN and sponsored by Nike? Ash has applied himself with such diligence and toughed it out under grueling conditions. His scholarship has also saved us a significant amount of money and given him experiences which will likely overflow into career opportunities. I love that he has remained humble in his success and we are trusting his final season of football next year will be a memorable one. And then we are praying he gets a good job back in California! 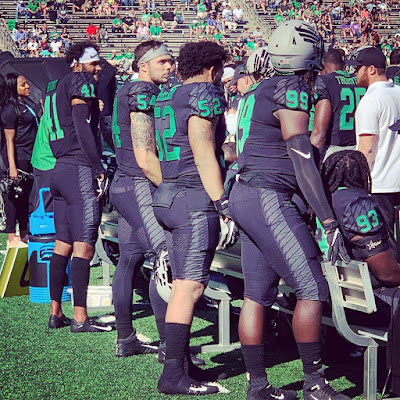 4. I got to complete and release a book called Broken for Blessing: the underrated potential of the medium sized multiplying church. The book was essentially a summary of my masters' thesis which described the story and philosophy of Southlands' multiplying journey. It was a longing fulfilled and  thankfully, it's been well received. Someone told me that writing a book is not a bank, it's a bridge. This has proved true in my experience. The book has got into some significant people's hands, not only in America, but also all over the world, and this has opened some remarkable doors for me to teach and help church leaders that may otherwise not have opened. 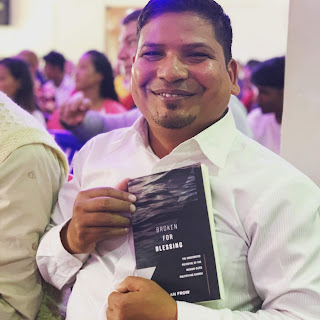 5. We baptized more people this past year than I've ever witnessed in our past twelve years at Southlands; forty-eight at our Brea congregation alone, not to mention the baptisms at our other congregations. Of course, behind every baptism there is a person with a story of inestimable value. Behind every baptism is also the story of a team of disciple makers, and honestly, it has been such a thrill to see our church grow as a team of disciples who make disciples this year. Still, the growing number of baptisms is also important because it tells us that despite growing secularization and rampant individualism, the gospel is still taking root and bearing fruit in remarkable ways, and our church is growing in the way that a church should grow. Soli Dei Gloria.

6. We became Air-B-n-B Superhosts with an average occupancy of around 15 nights per month. It's essentially Rynelle's business, although I help with some client liaison. This has been a relatively low-hassle gift to us during the expensive phase of teenage orthodontist bills, insuring a family of four drivers and five mobile phone users, not to mention planning to put kids through college. Air-B-n-B for the win.

7. Our Manna Forum grew exponentially. Manna began two years ago as a Southlands member initiative to provide financial grants for ten churches in SoCal to help them with mercy and justice initiatives in their cities, with a monthly leadership training forum to strengthen them internally. By the end of this year Manna was strengthening 30 churches in our region and had launched its first Manna Intensive for 8 church planters, which will run throughout 2020. Seeing the amazing work that these Manna churches do by serving people in their cities in such tangible ways is remarkable and deeply fulfilling.

8. We began to see our multiplying partnership reach a previously unreached people group.  Our intrepid friends from One Light Church have been working into a previously unreached people group in the North of Thailand called the Red Lahu people. Just three years ago two missionaries who went to share the gospel with them were martyred, but since then there has been a growing openness to the gospel and 20 people have turned to Christ. It was a delight to partner  with One Light  by helping purchase a truck to drive up to the mountainous region where the Red Lahu people live, and also by sending a team to do medical and dental missions. It was the team's privilege to witness the 20th Christian in the village being baptized. The gospel is truly growing and bearing fruit all over the world! 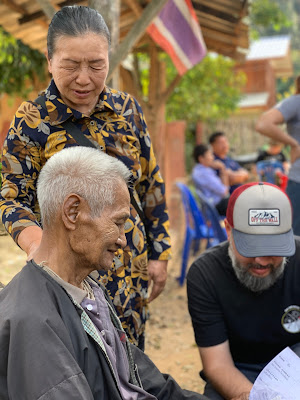 9. I had two songs I wrote more than twenty years ago, re-recorded by younger artists. This is the dream as a songwriter  - for people two decades younger than you to actually like your songs enough to want to record them. One was a Christmas song recorded by my kids and their cousins in South Africa. The other was a worship song called Kiss me, recorded by a worship leader called Jordan de Gersigny from Sydney, Australia. I really love what they have done to the songs, and am thankful the songs get to see the light of day in a new era. 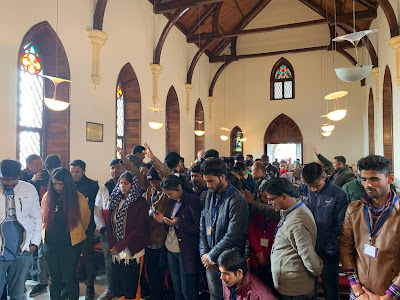 10. My friends and I spent 10 unforgettable days with leaders from the persecuted Church. We were in India and Nepal where there is widespread hostility towards the gospel and those who preach it. Through our partnership with Advance, we went to strengthen these brothers and sisters. Instead, they ended up strengthening us. Their resilient joy and sacrifice has left an indelible mark on my soul. This Christmas was different because I could not stop thinking about what it must feel like to celebrate Jesus' birth in fear of your own safety. I sense that they have more to teach us than we have to teach them, and I am so grateful for the solidarity we share in Christ.

So, as we come to the close of the decade of disillusionment we may feel disillusioned about the next one. That's okay. Life is hard. But God is good. The Spirit is with us. Jesus has gone ahead of us. And sometimes it requires a moments' grateful reflection to remind us of that.