A Crisis of Opportunity 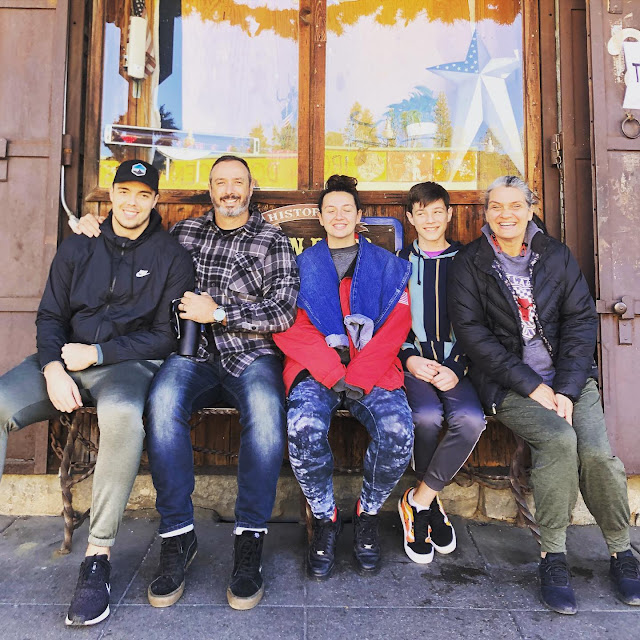 Zoom is now a verb, and while many of us are suffering from Zoom-fatigue as we connect,  I experienced a bit of Zoom-inspiration last week. It was a call between a group of pastors from Orange County and an Aussie pastor called Mark Sayers. I would peg Mark as a kind of prophetic social commentator - a quirky, brilliant, much-needed voice for these strange days. (In fact, he's written a book of the same title.) Mark's podcast, This Cultural Moment and his more recent book on revival, Reappearing Church , have shaped me profoundly this last year. Many of us who embarked on a new decade with an expectation for revival are now wondering whether this Coronavirus crisis is going to cancel or catalyze it. (The Lord knows, it's cancelled just about every thing else.) I was very keen to hear what Sayers would say about that. 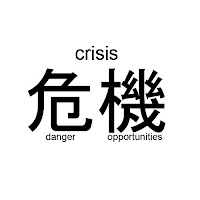 On the call, he insisted that crisis was always the seedbed of revival, citing in particular the example of the new York Lunch Time Revival that was catalyzed by the New York Stock Exchange Crash in 1857. During that economic and social crisis, Jeremiah Lanphier's lunch time prayer meeting in New York  grew from 6 people to 2000. Lunch time prayer meetings began to spring up all over the nation and by the end of 1958 it was estimated that a million people had converted to Christ in the America. (About one-thirtieth of the entire population at that time!) As he cited this and other examples of revival out of crisis, he had this one throw away line. "We've all heard that the Chinese word for crisis is the same as opportunity." Upon  further linguistic research, it turns out that the Chinese word for crisis is actually made up of two characters, which mean danger and opportunity.

This echoes the Biblical truth of a Sovereign God who is able to bend evil for His glory, our good and the good of many, as Joseph said at the end of his life, "What man intended for harm, God intended for good, for the saving of many lives." (Genesis 50:20)  Of course, we know that this crisis is dangerous. It is dangerous for our health, our relationships, our finances, our businesses and our churches. Good grief! It's turned our lives on their heads and we're unlikely simply to boomerang back to normal again. The repercussions will be deeply and painfully felt for some time, of that I have no doubt.

But, being a prisoner of hope, I want to ask, 'How has this been a crisis of opportunity?
In a myriad ways, I'm sure, but here are nine that I can see.

1. It's forced us to invest in our most important relationships. I've been saying for some time that our ultra-connected, frenetic lives have made our relational worlds a mile wide and an inch deep. This past month we've  had no choice but to re-connect with those in our family or household. As we worship, pray and sit under the Word, we are likely doing it with these people. Sometimes that has been painful and volatile, but what can we do? We have nowhere to run, so here we are. What if revival began with the Lord healing the breakdown of the family unit during this shelter in place time?  We are starting a few  Zoom  small groups that go through Paul Tripp's course on The Gospel-Shaped Family together, if you would like to seize this opportunity to invest in your family or marriage. Contact me at kirk@southlands.net for more info.

2. It's given us solidarity as we fight a common enemy.  Despite the conspiracy theories that abound, this virus is no respecter of people. It is not an attack from one nation, class, party or culture against another. While I'm mystified by the refusal of some to acknowledge  the origin of the virus, and even more dismayed by others who weaponize its origin for their racist ends, by-and-large, this virus has provided an opportunity for solidarity across traditional battle lines. We all have a deadly common enemy, which means we are desperate enough to reach across those lines for the common good. As a pastor, I've enjoyed unprecedented unity with other pastors in our city and county during the crisis as we have prayed together, shared best practices on a weekly basis, and essentially just cheered one another on. We need each other!

3. It's made us realize the gifts and limits of technology. If this virus had swept across our world ten years ago we would have been ill-equipped as families, businesses and  churches to remain connected. But I've been amazed at the capacity of people to pause and pivot with technology and am personally encouraged by the staggering increase of the gospel's reach as we have used various social media platforms. That said, as thankful as I am for technology, we are tired of seeing people through a screen. We long for the gift of human touch, for the nuance of body language in our interactions, for the swell of voices raised in song together, for the reassuring murmur of an amen to the preached Word. Screens have made us long for the embodied presence of community, coffee shop and church. Absence has made the heart grow fonder.

4. It's driven us to pray as a first response not as a last resort. There is something about realizing that you are not in control that makes you pray. Very often, in the Western Church, prayer was a last resort when all our best efforts had failed.  Prayer as a first response is now on the rise, both inside and outside the Church, as we realize that our best efforts fall sadly short. Sayers mentioned Exodus 24, where Moses delegated leadership as he and Joshua went up the mountain into the cloud of God's presence for forty  days, as an opportunity for all of us to leverage leadership from a place of prayer.  Whatever we are leading, there is only so much we can do right now in terms of responsible delegation. We are not in control, but He is installed upon His holy throne. Jesus and the Spirit are interceding for us according to God's will. (Romans 8) If we come out on the other side of this more prayerful than before,  revival may be well on its way.

5. It's provided a forum for evangelism as people search for answers.  If a loss of control doesn't lead everyone to pray, it does provoke most everyone to ask questions about mortality, suffering and why life seems unfair and disappointing. Many have seen the frailty of placing their hopes in career, finances, grades, and sporting achievement. They feel anxious, alone and in need of a  Savior. This Coronavirus has caused a serious hang-over from so much of the self-help Kool-aid that we've drunk. People are asking if there's a cure. A posture of  service, hope and care is resulting in some great gospel conversations. For example, we've been watching and discussing our beamed sermons with a family who are not in the church, and there is a real openness to the gospel. Because of this openness we are beginning a Zoom Alpha Course that explores the major questions about the Christian faith. Contact jds@southlands.net for more info.

6. It's been a seed-bed for creativity. Necessity is the mother of invention. I've seldom seen people so inventive as they find new ways to connect, to earn money and problem solve. Maybe this needed agility will keep us from getting stale in the long run? Certainly as a church we have needed to innovate on every level and the crisis has created new voices, new solutions, new songs, new forums and new leaders for such a time as this. One song that my daughter and I wrote  out of the time is from Psalm 91, called Shelter in Place. You can watch it here. Shelter in Place.

7. It's been an opportunity to recognize our true heroes are servants not celebrities.
In a celebrity fixated culture, we have become aware of how little most of them can actually do to help us in crisis. The real heroes in this crisis are those who willingly place themselves in harms' way in order  to serve and heal; nurses, doctors, paramedics, law enforcement, grocery staff and other essential services. What an opportunity to honor these servants and to gain a more sober view of those celebrities we've placed upon pedestals.

8. The Myth of Radical Individualism is being exposed The popular saying, "You do You," is a dangerous idea right now. Those who refuse to isolate, wash their hands or practice social distancing, who refuse to cover their mouths if they sneeze or cough are basically dangerous to the common good. (I'm not going to argue the pros and cons of mask wearing) But you get the idea, the popular myth of radical individualism has been exposed as dangerous.

9. The Household is becoming the primary forum for Christian discipleship More than mere family unity, church at home is becoming the primary place for worships prayer and reading Scripture. This has always been God's intention, but we have tended to outsource discipleship to pastoral professionals,  the result being that we tend to live two distinct  lives - a public religious life and a private secular life. The home is now being redeemed as a place to encounter Jesus and learn about Him.

10. We've moved from a life of wants to a life of needs. In America we have an absolutely dizzying amount of choices. Rampant consumerism does its utmost to turn our wants into needs and the result is debt and discontentment.   For the first time in many of our lives we have faced a shortage of  basic needs in empty shelves on shops, and it has helped us to recognize many of things we think are needs are not.

I never want to be immune or unsympathetic towards the real danger and loss brought on by this crisis. But this is a crisis of opportunity. Let us make the most of every opportunity in these evil days. (Ephesians 5:16)  If we do, perhaps we will one day look back on this crisis as the time that God used the Corona Virus to spark the Corona Revival.