Moving to the USA almost 7 years ago forced me to reconsider what part of that value system was cultural and what was truly biblical.  The approach did have many strengths of course, because it tended to produce great visionary entrepreneurs who had a real can do mentality. Stuff got done. Ground got taken. Quite often though it was at the expense of due process,  and because we South Africans are generally loyal towards our leaders, any dissenting voices would often be labelled as having a heart issue towards  authority.

Especially in the churches we worked with that had an elder-led rather than a democratic church government, teams who did not appear to be co-operative with a decisive leader were labelled democratic, which was by no means a compliment. The recent Mars Hill/Mark Driscoll situation has reminded us that not all American-style church leaders are collaborative. Not by any stretch of the imagination. Celebrity church culture here can afford a leader a dangerous amount of privilege and power that can so easily result in the abuse of God's people. Honestly though, those cases seem to me to be the exception to the rule.  I've found generally, the expectation is that far more attention is given to due process, accountability and collaboration.

Now let me make it clear that I am still convinced of the Biblical wisdom of elder-led churches, and living here the last 7 years has further convinced me of the deeply damaging effect of  democratic church government  or elder board/pastor separation within churches. I'm thankful for men like Dudley Daniel and Terry Virgo who glimpsed and fought for a more biblical version of church leadership and brought so many churches into the freedom of this expression. "That the leaders took the lead in Israel, that the people offered themselves willingly - Praise the Lord!" Judges 5:2

Within the call to lead though, there does exist the Scriptural value of collaboration which I've had to discover and own. Every team in Scripture, beginning with the Trinity, has a leader. However,  God the Father collaborates in the opening stanzas of the Genesis creation account with the words, "Let us make man in our image." We also glimpse the collaborative nature of the Trinity in Isaiah 6, when the prophet Isaiah overhears God asking, "Whom shall I send, who will go for us?"

Moses receives counsel from his father-in-law Jethro about his approach to leading Israel and it transforms his leadership philosophy. Jethro was a pagan priest yet he still had wisdom for Moses!  The Book of Proverbs speaks often of the power of collaborative decision making. "Plans fail where there is no counsel, but with many advisers they succeed." (15:2)  Luke describes Paul's leadership style as both decisive and collaborative within his apostolic team in Acts 16. Paul has a dream of a man from Macedonia calling to him and his team mates conclude that it was the Lord, saying, "It seemed right to us and the Holy Spirit." They left that day.

Within the elder-team I lead, I am a first among equals rather than simply a first. I don't just lead a team. I am on a team, which means that my wife and I are accountable to the men and women we lead for how we live and for the decisions we make. I believe the best decisions are made in plurality by consensus, with regard for a first among equals. I am so grateful for  a team of leaders who are brave enough to disagree at times. They have saved me many times from poor or hasty decisions.

Collaboration requires both courage and finesse. Colonel Norman Shwartzkopf famously said, "When a decision is being made everyone is obliged to give their perspective. Once a decision has been made, everyone is obliged to give their support." Decisive leaders fear that it will slow down their decision making process, which may be true, but it results in better long term decisions and more buy in from those we lead.


So how do I collaborate? 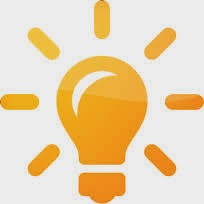 I've developed a way of flagging the different levels of my convictions about decisions with three icons. A light bulb, a heart and a bull-horn. The differing levels of conviction calls for a differing level of collaboration from the team.

The light bulb indicates that this is just an idea for me, and the team is welcome to shoot it down, disagree, tweak it or run with it if it strikes a chord with them. I am not heavily invested in the idea.    I have lots of ideas, and not all of them are God ideas, or even good ideas! The value of the team is not only on whether it is a good idea, but also whether or not it is practical to implement this idea.

The heart is when I have a perception about something or someone. It is often more intuitive than logical, and it often has to do with a problem that needs solving. Here I need to hear from the team as to whether I am perceiving correctly or not, and if I am, how do we solve the problem together? This is deeper than just an idea, and it may be a God-thing, but I need to see if I am seeing rightly and if so, what we do about it? 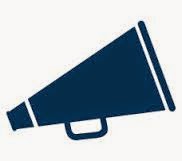 The third is the bullhorn, which indicates conviction. This is deeper than an idea or perception. It would be a mix of Biblical truth, prophetic intuition and strategic thinking that has led me to this place of conviction. Sometimes it will be a proposal, but generally it comes after we have discussed a decision at length as a team and have not been able to reach consensus. The team then releases me to go and hear God and come back with a decision.  Obviously the team still has a responsibility to weigh my convictions with Biblical wisdom and to give a different perspective if absolutely necessary, but I am asking the team to be more circumspect in the way they handle this conviction, and to receive it with a measure of trust in God's hand on me as a visionary leader of the team. Their level of collaboration is less on whether or not this is from God or not, and more on how we implement it.

Here's the thing. I do not 'pull the bull horn' too often. The problem is that if a leader 'pulls the bull horn' all the time, decisions will get made, but the team will begin to shut down. If, on the other hand,  all your discussions are in the realm of  idea or perception, then decision making will be painfully slow, often argumentative and will lack the fingerprint of God's leading.

Leading collaboratively is messy and costly but from my vista it is worth the effort.
I encourage you to find ways to assess and adjust the ways you lead.
Posted by Alan Frow at 1:59:00 PM