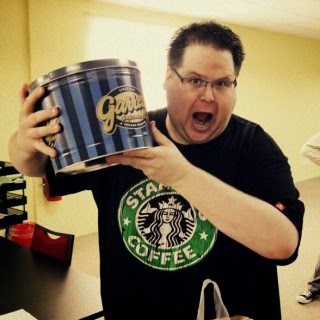 Yesterday I heard the news that Jono, as he was affectionately known, had gone home to be with the Lord after a long battle with cancer. The grief of losing a young man who has left a young wife, is somehow more acute, isn't it?  Christians are not given an exemption from the deep pangs of grief. But we do not grieve as those who have no hope. The blow of Jono's absence is significantly softened by the knowledge of his presence with Jesus as I write.

From California, I read the tributes of  honor to Jono that rolled in like warm Indian Ocean swell after winter. Then I read his final tribute to his wife, Debbie, posted on the day of his death.

"I have the most incredible wife. She has been a pillar of strength walking with me through this valley. I have fallen so in love with her my heart aches with gratitude for my precious wife, Deb." Heartbreakingly sad and sweet. May the lovingkindness of Jesus and His saints bear you up at this time, Debbie.

I wanted to write a brief tribute to Jono too, not because he was a close friend, but because his life left an indelible impression on me. I first met him when he sang in the choir at the our annual NCMI event in Bloemfontein. Larger than life in stature, gesture and voice, I cannot remember seeing Jono doing anything in half measures. He was a band leader's dream. Whole-heartedness personified, he was a worshipping thermostat of sorts who would alter the temperature of any room with contagious passion for Jesus. His heart was as big as a hotel.

Some may perhaps have thought him at times to be little melodramatic.
When I reflect on Jono's dramatic and brief life, I wonder whether that was God's whole point?
Jono's life was like the Divine Playwrite's one-act play.

God has often used dramatic people to get His people's attention. I think of the prophets who had to live their message in dramatic fashion. Hosea married a prostitute to demonstrate God's unfailing love to Israel, His unfaithful wife. Ezekiel lay on his left side for over a year and then on his right side for 40 days, to demonstrate the number of days that Babylon would lay siege to Jerusalem. Theirs was not merely a message. It was an oracle. A burden. It may not have been rational but it was impossible to ignore. Jono's life was reminiscent of these remarkable men. Perhaps the drama, and dare I say it, the brevity of his life, was intended to grab our wandering attention and stir the embers of our affection?

Jono was also a priest. Not the kind with a dog collar and a robe. The kind who understands that  Jesus the Great High Priest has qualified us to minister to God and His people. He could get lost in worship, but he could also make you feel like you were the only person in the world when he listened to you. He was able to draw empathy out of the deep well of his soul and pour it out for whoever needed it. He took a genuine interest in the welfare of the saints.

One memory illustrates this for me more poignantly than any other. A number of years ago we were staying in my parents house near Durban, visiting family and doing some ministry.  Jono was living in my parent's upstairs loft apartment at the time. I was teaching some musicians and worship leaders that Saturday morning, so I got up early to pray and do some final prep for the gathering. As I sat at the dining room table with my notes, I could hear Jono upstairs, already awake in his loft singing and praying. He was in full flight, his melodic voice drifting downstairs, impossible to ignore.  I stopped preparing and listened. Jono was praying for me, unaware that I was listening in. He was praying for grace and clarity for me as I taught that morning.  He was praying for God's presence to transform the musicians who were coming to be trained. And in true Jono fashion, he was praying for that we would all pursue the heart of God in worship.

Jono Dancer, I salute you. A true prophet and priest.  As you now minister to the King with unhindered delight in heaven, may the prophetic drama of your full, brief life here on earth bring us to attention.